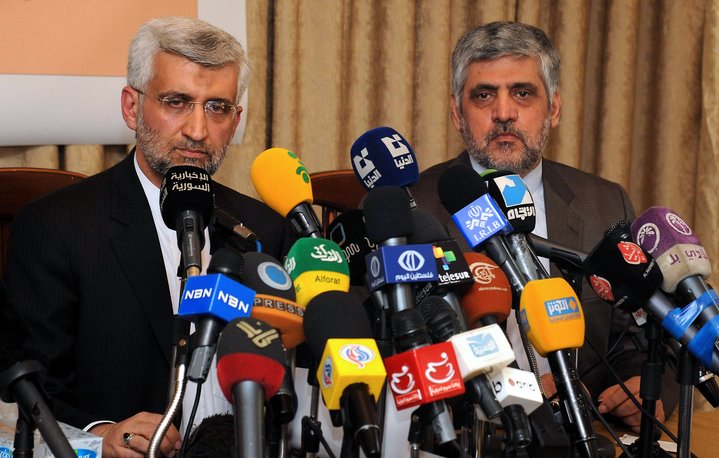 Iran is holding a meeting in Tehran today with at least twelve other nations to discuss the conflict in Syria. The call to dialogue by Iran excludes countries that have been calling for the removal of Syrian President, Basher Al-Assad, such as the United States.

According to Iranian state media the countries included in the talks are China and Russia, long-time supporters of the Al-Assad government, as well as Algeria, India, Pakistan, Venezuela, Tajikistan and six members of the Arab League, although none of the embassies of the aforementioned nations have been able or willing to verify this to the Daily News Egypt. Both Kuwait and Lebanon officially declined to attend the meeting. The Egyptian Ministry of Foreign Affairs was unavailable for comment.

The reluctance of these nations to comment on their participation in the meetings highlights the sensitive state of affairs surrounding Syria. Countries such as France, the United Kingdom and the US support the Syrian opposition. Iran has accused the US and their allies of supporting opposition fighters with training, weaponry and funding.

The full details of the meeting are as of yet unknown, but the Iranian President Mahmoud Ahmadinejad was quoted by the Telegraph as saying the meeting would be an opportunity to “replace military clashes with political, indigenous approaches to settle the disputes.”
Iran’s Ministry of Foreign affairs also quoted the Foreign Deputy for Arab and African Affairs, Hossein Amir Abdollahian, saying on Wednesday that at this time, Syria needs a peaceful atmosphere to promote a national dialogue among the Syrian government and those fighting against them.

According to Amir Abdollahian, the meeting will be focused on comprehensive regional and international efforts to examine developments in Syria, with help from nations that have influential views on both regional as well as international issues. He goes further to state that Kofi Annan’s suggestions would end the violence in Syria.

In a Washington Post opinion piece written by Ali Akbar Salehi, the Iranian Foreign Minister, Akbar Salehi, stressed that, “military means alone won’t end the crisis, and a political agenda that is neither inclusive nor comprehensive will also fail.” He continued to stress that a sudden removal of Al-Assad from power would destroy Syria. He calls the idea of having a transition period after the fall of Al-Assad an illusion.

The Syrian Support Group’s Director of Government Relations, Brian Sayers, is sceptical of Iran’s willingness to come to any kind of resolution that could benefit Syrians. “I would be very surprised if [the meeting] did,” Sayers told the Daily News Egypt. Sayer accused Iran of having a negative role, not only in Syria but in the entire region. He believes that “Iranian civilians have been suppressed as the Syrian civilians have been,” and that their approval of the Six Point Plan is mere rhetoric.

“We believe in a peaceful solution and have always fought for that, but when the enemy is blowing cities and villages up with tanks and destroying its citizens with an army that is using airpower, there is no choice but to repel that. You have to use force to achieve peace sometimes. It is an unfortunate paradox, but one that bears truth.”