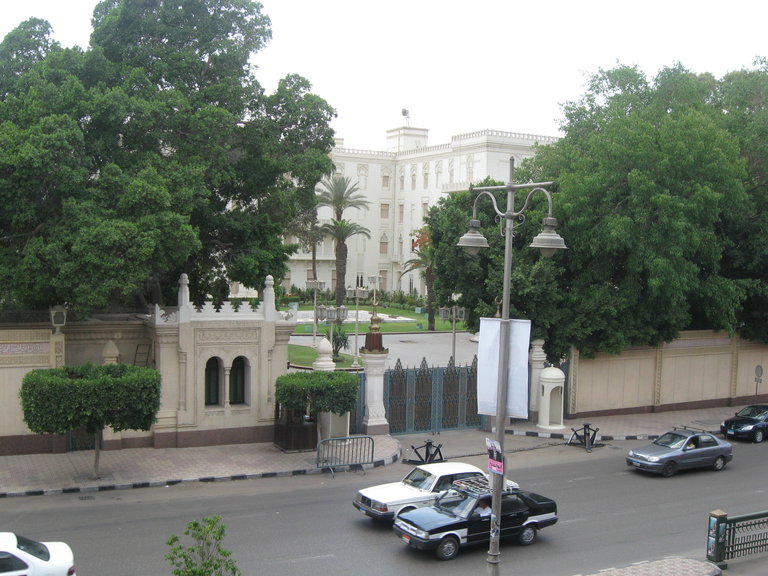 After the shot were fired, electricity was cut off in the surrounding area and roads were blocked. The nearby upscale Heliopolis Sporting Club closed its front door, as well as its entrance facing Al Sayed Al Merghani Street, which lies between the club and the palace.

There were reports of attacks on protestors, groups of which have gathered outside the gates of the Palace since President Morsy took office. These attacks could not be confirmed.

Multiple sources in the area reported hearing gunshots, but Heliopolis police officer Mohammed Ibrahim denied this. “There were no gun shots,” Ibrahim said, “what they did was that they did in fact close the door of the Club, but they didn’t evacuate the Club or anything. They were trying to get nearby street vendors to go away.”

Local resident Nevine Rady disputed this. “I heard four shots while I was in the car, stuck in the traffic.” He said the lights around the palace where then intentionally turned off.

“In our place,” Rady said, referring to the immediate vicinity of the Presidential Palace, “they fixed everything. It is right where President Mubarak lived, so we don’t have water problems, we don’t have electricity problems. They switched the lights off on purpose. I’m sure of this.”