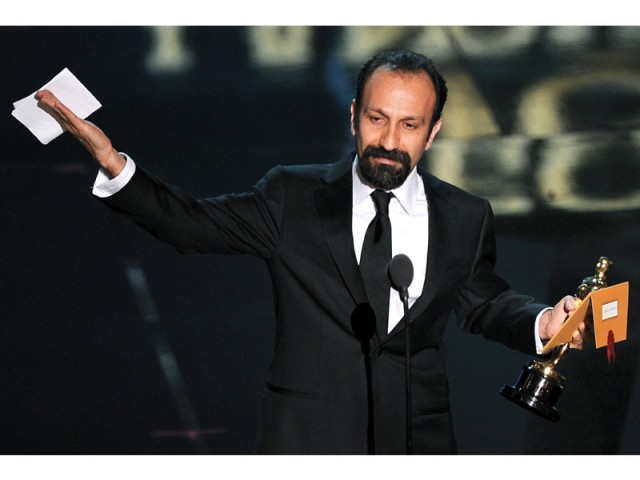 Mosireen was born out of the revolution by people recognising the importance that media has to affect change. The non-profit collective, located in downtown Cairo, supports filmmakers, creates a forum for an exchange of media skills and holds screenings and discussions.

“A Separation,” written and directed by Asghar Farhadi, won best Foreign Language Film at the 2012 Oscars.

The story follows a man, Nader, played by Peyman Moaadi, and his daughter, Termeh, portrayed by Sarina Farhadi, as they come to grips with their wife/mother moving out of the home and their father/grandfather fading toward death. The plot is further complicated when the upper-middle class Nader hires a lower-class housekeeper who brings her daughter to work and hides her employment from her hyper-religious husband.

The film refuses to resort to any tropes. While the themes are familiar for a film set in 2011 Iran – religion, class, family – the way they play out feels honest and objective while still poignant. The absence of an agenda feels like a relief: it is not a film promoting or condemning religious conservatism, nor is it a film promoting or condemning upper-middle class life. Instead the film seems to treat these themes as they are: complicated and often – particularly in the course of this film – tragic.

Simin’s mother (Shirin Yazdanbakhsh) wants to be free of societal and familial constraints, but she consistently fails in her commitments to her daughter. Nader is selfless when it comes to his daughter, but at times his stubbornness borders on belligerence. The housekeeper is working hard to provide for her family, but she does so with sporadic bouts of callousness for those outside her family.

Termeh ends up stealing the show. This theft is achieved through both a steely performance by Sarina Farhadi and a brilliantly subdued role penned by Sarina’s real-life father, writer/director Asghar Farhadi. Termeh’s shortcoming does not affect our sympathy for her – if anything, it increases it. Termeh struggles for the length of the film with an inability to assert herself. The ending of the film hinges on her ability to finally address her need to occupy space in the drama of her own life.

“A Separation” is also visually beautiful, with the muted tones of downtown Tehran echoing the melancholy of the characters’ lives.

The film cost less than $ one million to make and went on to earn over $ 22 million in worldwide ticket sales. In addition to the Oscar win, “A Separation” won best film at the Berlin International Film Festival, the Asian Film Awards, and the BBC Four World Cinema Awards.

In his Oscar acceptance speech, Farhadi read off a folded piece of paper saying, “At this time, many Iranians all over the world are watching us and I imagine them to be very happy. They are happy not just because of an important award or a film or filmmaker, but because at the time when talk of war, intimidation, and aggression is exchanged between politicians, the name of their country Iran is spoken here through her glorious culture, a rich and ancient culture that has been hidden under the heavy dust of politics. I proudly offer this award to the people of my country, a people who respect all cultures and civilizations and despise hostility and resentment.”