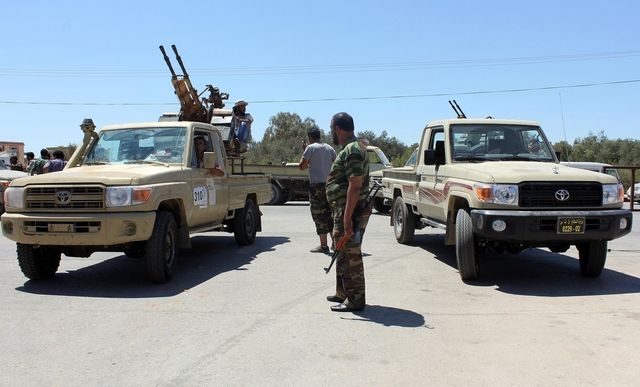 A military general was shot and killed in Benghazi after leaving a mosque following Friday prayers.  Mohammed Hadiya Al-Feitouri was a general who had defected from Muammar Gaddafi’s regime during the revolt that toppled Gaddafi last year.  Al-Feitouri was responsible for arms in the post-Gaddafi Libyan army.

In June, Benghazi was the site of an attack on the British Ambassador to Libya, Dominic Asquith.  A rocket-propelled grenade was fired at his diplomatic convoy. Asquith survived unscathed and two of his security guards suffered minor injuries.

Although Benghazi was the first city to rebel against Gaddafi’s rule, it has been plagued by violent attacks on both civilians as well as military targets, many of them being defectors to, or supporters of, the Libyan opposition fighters.

The violence in Eastern Libya has been spilling across northern Africa.  Al-Arabiya reported an increase in weapons, especially heavy arms, from Libya.

State security has fought back in other regions of the country.  Reuters reported a gun battle between government forces and suspected militants on a farm outside of Tripoli.  Three suspects were killed, while five members of the Libyan security forces were injured.  The farm contained explosives similar to those used in several other attacks since the country’s civil war.

Libya is currently transitioning to a new government.  On Wednesday of last week, the freely elected the General National Congress (GNC), took over authority from the National Transition Council (NTC), a caretaker body that oversaw Libya in the leadership vacuum left by the dismantling of Gaddafi’s hyper-centralized government.  The new government already has security at the top of the agenda.