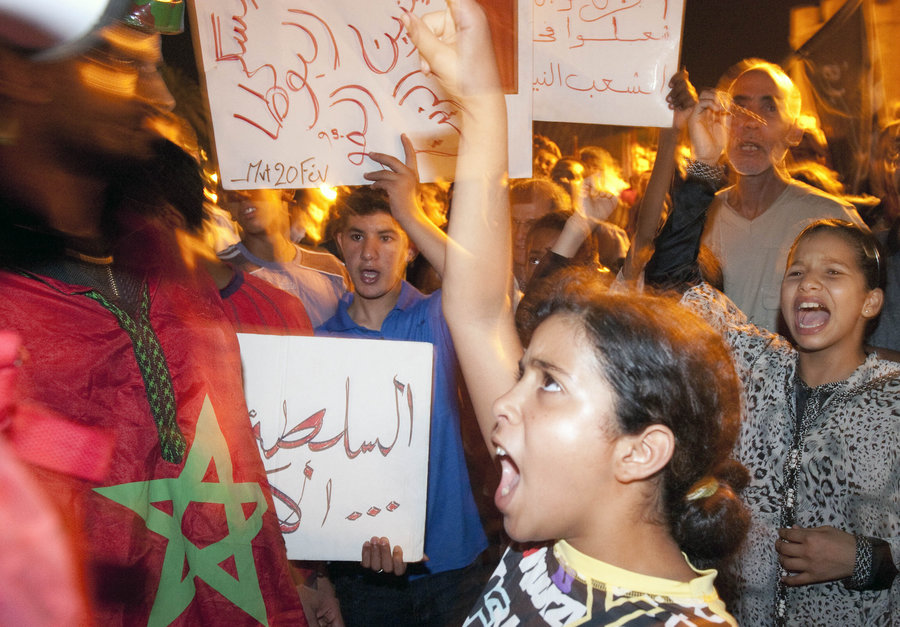 Civilians took to the streets in the hundreds across Morocco in Casablanca, Marakesh and Rabat Saturday to protest against corruption, the rising cost of living and to demand the release of jailed activists.

The perceived failure of the Government to deliver on electoral promises for reform was the reason for the protest called for by trade unionists, rights groups and the February 20 protest movement.

Activists are upset at government subsidy cuts which they blame for the rising cost of food, fuel and primary goods. Petrol prices rose 20 percent in June after the subsidy cuts.

Roughly 300 protesters gathered in the capital city of Rabat, while Casablanca was reported to have hosted the largest protest of around 1000 people.

The February 20 movement is responsible for calling several protests recently and some of its members have been imprisoned for unauthorised protesting.

In July, a protest led by the group protested in the working class neighbourhood of Bernoussi in Casablanca. Hundreds had gathered to protest government policies, social marginalisation and corruption, and to chant against Morocco’s governing elite.

On Friday government sources told AFP that an unspecified number of security officials accused of corruption have been arrested as part of a judicial enquiry ordered by King Mohamed VI. The King ordered the investigation after receiving complaints in relation to port and border security from Moroccan expatriates returning to Morocco for the holidays. The complaints alleged fraudulent behaviour, corruption and harassment by members of the security service.

The weekend’s protests were smaller than earlier gatherings. In May thousands took to the streets to protest unemployment and corruption. According the World Bank, roughly 30 percent of Moroccans aged between 15 and 29, or 44 percent of the working age population, are unemployed. Nevertheless, the election of a new government and the promise of reform from King Mohamed VI resulted in Morocco being one of the more stable countries to emerge from the Arab Spring.

The February 20 movement draws much of its inspiration from the Egyptian April 6 movement and like them relies on social media to get their messages across.