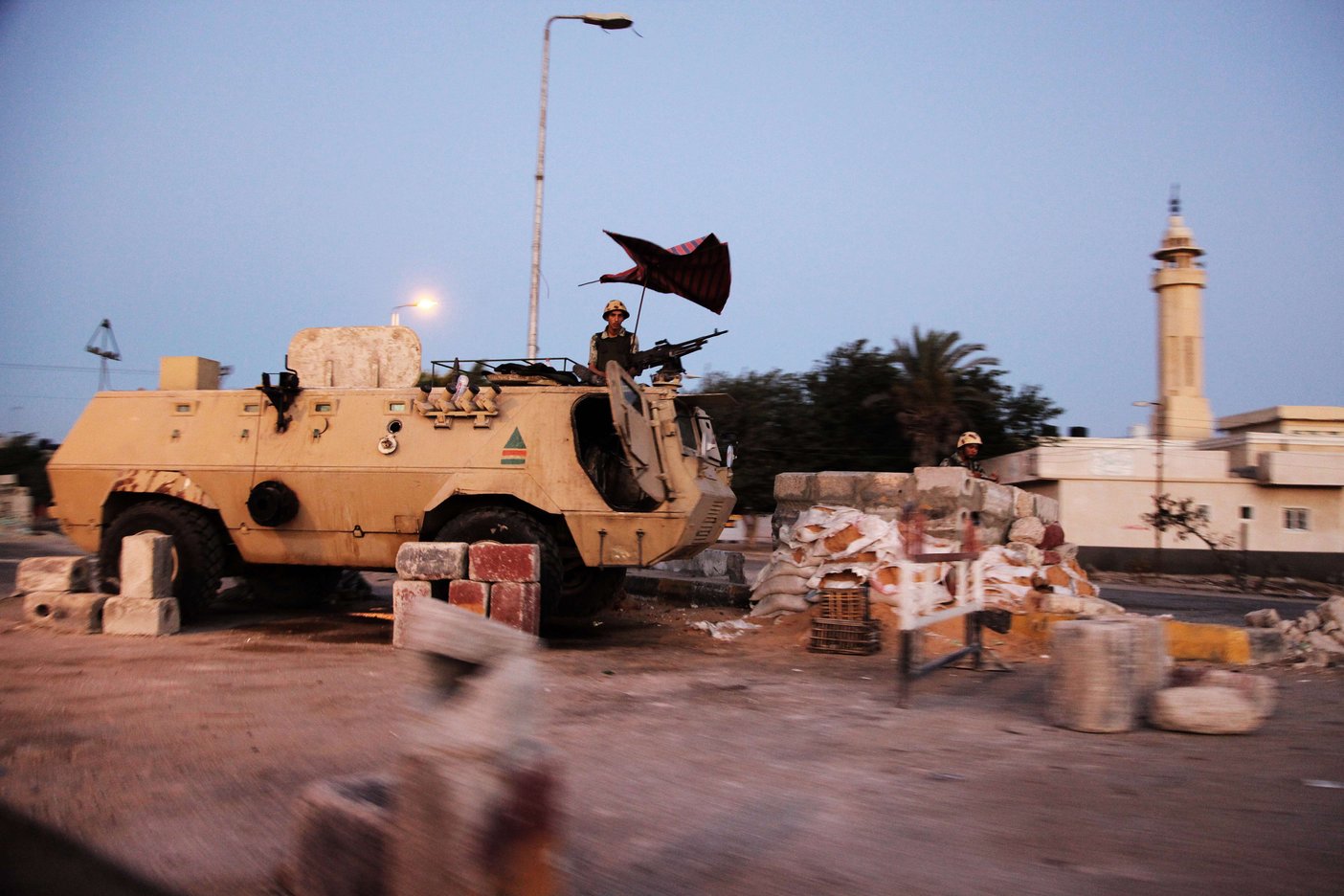 The Egyptian army has killed seven suspected militants in the Bedouin city of Sheikh Zuwied in North Sinai, according to a portal by the state-run Al-Ahram newspaper.

The newspaper cited anonymous sources saying the army carried out its attack at dawn, adding that among the dead is a Palestinian and a man from Cairo. The town of Sheikh Zuwaid, located near Rafah, was the site of repeated bombings of a gas pipeline transporting gas to Israel and two soldiers were shot dead while patrolling there last month.

The Daily News Egypt could not independently verify that the army did carry out the attack while conflicting reports from Sinai continue.

The army has reportedly been targeting suspects in villages near El-Arish of al-Ghora and al-Mahdiyah, according to AP.

International peacekeeping officials in Sinai denied to Reuters that their forces had come under attack by armed men.

The increasing instability in Sinai is forcing Egypt to accept foreign assistance in Sinai. According to The New York Times, the US and Egypt are discussing an assistance package in order to address the security situation.

Palestinians and extremist Islamists have been blamed for the attack which left 16 Egyptian border guards dead and 10 injured. “We’re telling everyone that the people of Sinai are not involved in the attack,” said Salafi leader Hamdeen Abu Faysal at a community assembly staged by Islamists on Saturday.

On Saturday, an Egyptian forensic official told another Al-Ahram publication that the bodies of the attackers which were handed over by Israel include both Egyptians and other Arabs most likely Palestinians.

After the deadly attack on Rafah on 5 August, the attackers attempted to cross the Karm Abu Salem border crossing into Israel using an armoured vehicle stolen from the guards they had killed. Israel responded by destroying the armoured vehicle and handing over the bodies to Egypt.

The Egyptian military reported it had killed 20 so-called terrorists on Friday and arrested six. There were also widespread reports that the Egyptian military killed around 20 in air strikes on Wednesday. These claims were questioned by those on the ground in Sinai.

“It’s not true. It’s just to calm down the people,” said another local Bedouin in the nearby village of Al-Jura, referring to the state media reports that claimed 20 dead militants on Wednesday.

Mohammed Al-Beak, member of 6 April (Ahmed Maher) in North Sinai, said several suspects had been arrested, adding that there were rumours that the arrested were taken from their homes in the manner of “dawn visitors”, a term referring to abusive State Security police officers who used to arrest people from their homes during the late hours of the night. Al-Beak said that a few of the arrested were released.

Al-Beak did confirm that the underground tunnels connecting Gaza to Egypt are being closed. “Some 140 tunnels have been closed or bridged. There is a huge difference between them. If you close a tunnel from either side, you block it and you can reuse that tunnel again but of you bridge it from one side, you can’t use it again.”

However, a resident of Rafah denied the claims. “The TV is lying. No one is shutting down any tunnels,” said one of the residents sitting among a group of placidly reposed tunnel smugglers.