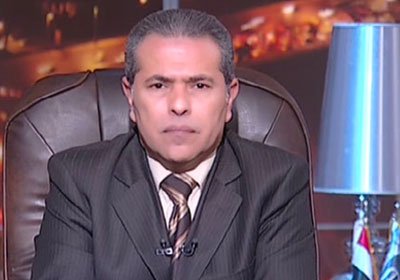 The protest in front of the Public Prosecutors office and the High Court in Cairo was against the decision to close the channel following a lawsuit filed by the Muslim Brotherhood’s Freedom and Justice Party. The lawsuit accuses Okasha of inciting violence against the President Mohamed Morsy, after he allegedly called for Morsy’s assassination on air.

On their official Facebook page, the Ultras White knights claimed responsibility for the attack on Sunday’s protest saying, “there is no place for slaves in the land of the free.” The comment was shared over 2,500 times and liked by over 6,000 people.

Okasha is known for his controversial statements and criticism of the Brotherhood. Recently, Okasha was featured on an Egyptian candid camera show which tricks their guests into thinking they are on an Israeli show. During the show Okasha spoke well of Israel and backed Israel’s claim to Jerusalem, saying that the land is their birth right. On his own show he frequently attacks those he labels as enemies, accusing a plethora of individuals and groups of being traitors and freemasons, among other things.