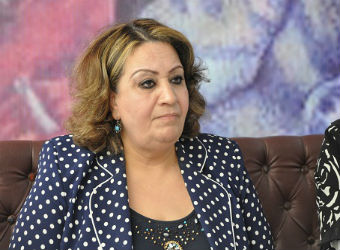 The Prosecutor General Abdul Meguid Mahmoud has ordered Tahani El-Gebali, the deputy chairperson of the Supreme Constitutional Court, to answer to a complaint presented against her by a deputy of the Legislative Committee of the dissolved People’s Assembly on Monday, according to state-run newspaper Al-Ahram.

The complaint regards a New York Times article by David D. Kirkpatrick in which El-Gebali is quoted as saying she advised the generals not to cede authority to civilians until a constitution was written.

The article said the military rulers engaged in behind the scene discussions in which they planned with El-Gebali how to retain power, adding that El-Gebali said the generals never intended to hand over power before supervising the drafting of the constitution.

In addition, the article quoted El-Gebali as saying she predicted that the Islamists would win a majority in parliament.

The Supreme Council of Armed Forces assumed control of the country after the 2011 uprising which saw the ouster of former President Hosni Mubarak.