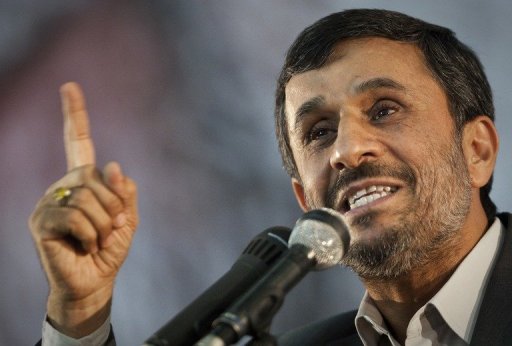 Iranian President Mahmoud Ahmadinejad travelled to Mecca on Monday, ahead of a summit being held by the Organisation of Islamic Cooperation (OIC) scheduled for 14-15 August.

The 57-member OIC plans to mainly discuss the crisis in Syria, but will also examine sectarianism against Muslims in Burma, developments in the Palestinian issue, and possibly the turmoil in Bahrain.

“We hope this conference which is highly important for the Muslim world will pursue empathy among Islamic countries and wean off grudge and hatred among them,” Ahmadinejad said in Tehran before his departure, according to the semi-official Fars news agency. “The visit is taking place at the official invitation of the host country in order to both perform a pilgrimage to the holy city of Mecca and take part in the OIC summit,” he also told reporters.

Ahmadinejad also said that he hoped the Mecca conference would bring “further convergency and solidarity” to Muslim countries, according to Iran’s official Islamic Republic News Agency. He claimed that “enemies” are working to pit Muslim states against one another and waste their governments’ wealth.

“By attending the summit, we will express our viewpoints and try to bridge the gaps and narrow the differences through dialogue,” Salehi said .

No explicit references were made to Syria in Ahmadinejad’s statements or on pages on Iran’s Foreign Ministry website discussing the summit.

Saudi Arabia and Iran often find themselves on opposite sides of regional conflicts. While Saudi Arabia been a strong supporter of the Free Syrian Army rebels, Iran has pledged moral support to Alawite Syrian President Bashar Al-Assad. This past spring, Saudi Arabia announced it would provide arms to rebel forces fighting Al-Assad’s army. The United States and other governments have accused Tehran of providing assistance to Damascus. Before the uprising, Iran was a major supplier of weapons to the Syrian army.

Syrian rebels kidnapped forty-eight Shi’a Iranian pilgrims at the beginning of August. The captors claim that some of the hostages are members of the Iranian Revolutionary Guards. Three of the hostages have reportedly been killed in shelling from government forces in Damascus.

The two nation’s governments have also taken opposing stances on protests and turmoil in Bahrain. Saudi Arabia has provided a wide range of support to the Sunni government while Iran expressed strong support for the Shi’a majority.

Iran is still recovering from two earthquakes that struck the city of Tabriz that reportedly killed 306 people and injured approximately an additional 2,500. Many governments including the US, Japan, Switzerland, Russia, and Turkey have stepped forward voicing willingness to provide aid to victims of the quake. However Iran’s Interior Minister Mostafa Mohamed Najjar has rejected foreign aid, affirming the Iranian government is capable of dealing with the disaster using its own resources.