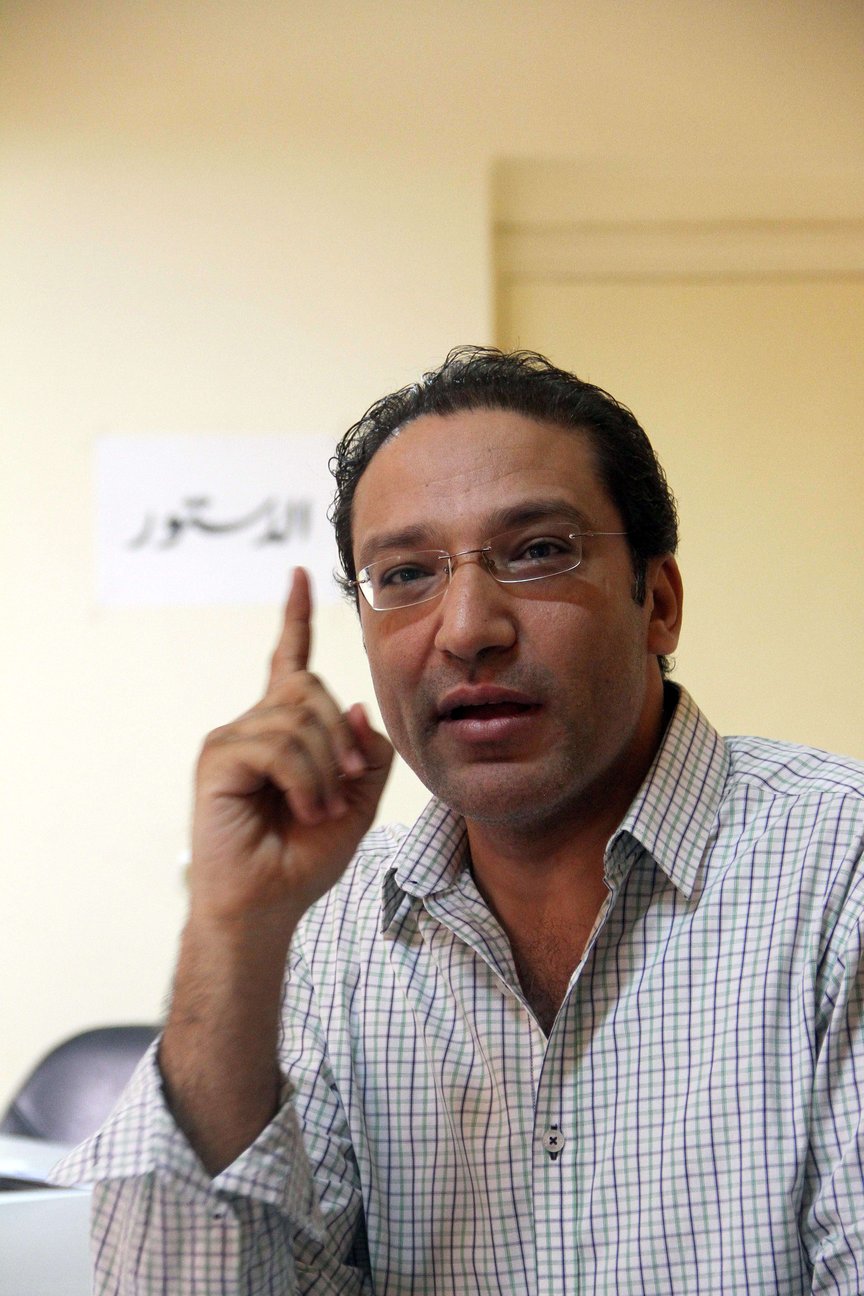 Approximately 100 journalists held a demonstration at the Institute of Leaders’ Preparation, a government center in Greater Cairo, on Monday to protest what they see as increasing media censorship by the Muslim Brotherhood-led government.

Al-Jazeera correspondent Rawya Rageh reported on Monday that Islam Afifi, the Editor-in-Chief of Al-Dostour newspaper would be referred to criminal court after repeatedly failing to show up for interrogation.

These are the latest developments that have come to light since security forces confiscated issues of Al-Dostour on Saturday morning as part of an investigation into whether or not the newspaper is guilty of sedition.

Those protesting on Monday felt that President Morsy’s investigation into Al-Dostour is circumventing legal avenues that could have been used if there was a legitimate case against the editor.  State supported newspaper Al-Ahram reported that the protesters mobilised to say that Morsy is harkening back to the Mubarak-era methods of repressing dissent.

Adding to a wave of fear over the prospects of more censorship was the news, also reported in Al-Ahram, that the textbook “A History of the Modern Middle East” has been banned by The Egyptian Print Censorship Authority.  The book is used in college classrooms around the world and offers a survey of historical essays covering the period of time from the establishment of Islam to the recent American wars in the region.

There has been no reason given for the book’s censoring.