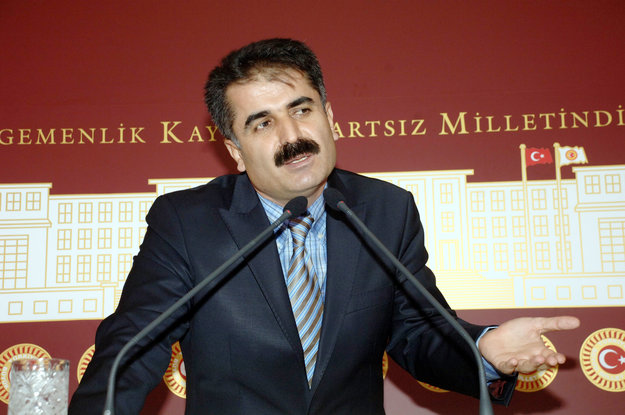 Turkish troops set off in pursuit of rebels who kidnapped Member of Parliament Huseyin Aygun on Monday morning. The MP was abducted on Sunday while at a roadblock at the towns of Ovacik and Dersim, about 800 kilometers east of Ankara.

The Hezen Parastina Gel (HPG), the armed wing of the Kurdistan Workers’ Party (PKK), has claimed responsibility for the attack on their website. This is the first time in their 28 year history that the PKK has ever kidnapped a Turkish MP.

The HPG’s communiqué states that the current offensive by the Turkish Armed Forces, particularly near Ovacik, is putting the parliamentarian’s life directly in danger.

Prime Minister Erdogan released a statement on Monday “strongly condemning the incident,” the same day his military launched the rescue mission to find the rebels responsible for Aygun’s kidnapping.

Aygun hails from the same region in eastern Turkey where he was captured on Sunday. He is a member of the Republican People’s Party (CHP), which a Kemalist party in opposition to Prime Minister Recep Teyep Erdogan’s ruling Justice and Development Party (AKP) and sits on the Turkish Human Rights Investigative Commission. Aygun charges the AKP with attempting to force the Alawite community to assimilate, as opposed to recognizing their cultural-religious heritage.

Aygun recently charged the ruling AKP, which has its roots in Sunni Islam, for acting with prejudice toward the Alawite minority in Turkey. Aygun wrote on his website, “It is clear that Alawites encounter serious problems in the fields of identity, worship, culture, education, participation in the public life and equal citizenship.”

The Alawite minority has come under increased pressure in the past year because Syrian President Bashar Al-Assad has become progressively more vilified in Turkey and is also an Alawite.

Aygun’s kidnapping highlights the complexity surrounding the Turkish-Syrian front. The Kurds are not all unified and there are also sectarian echoes in the rift between Recep Tayyep Erdogan and Al-Assad, as well as the continuation of the PKK’s military confrontation with the Turkish state.

The PKK has carried out a guerilla war for the past 28 years. After it was decided that the PKK would engage in an armed insurgency, its fighters trained in the Lebanese Bekka Valley, and on 15 August 1984 they attacked police stations in the southeastern towns of Eruh and Semdinli, which lie at the crux of the borders with Syria, Iraq, and Iran. In preparations for the anniversary this week Kurds are planning demonstrations and Turks are taking extra security measures.

The HPG website also claims that the Kurdish fighters killed two Turkish soldiers on Sunday as the two sides continue to do battle as part of a larger Turkish offensive launched in July.