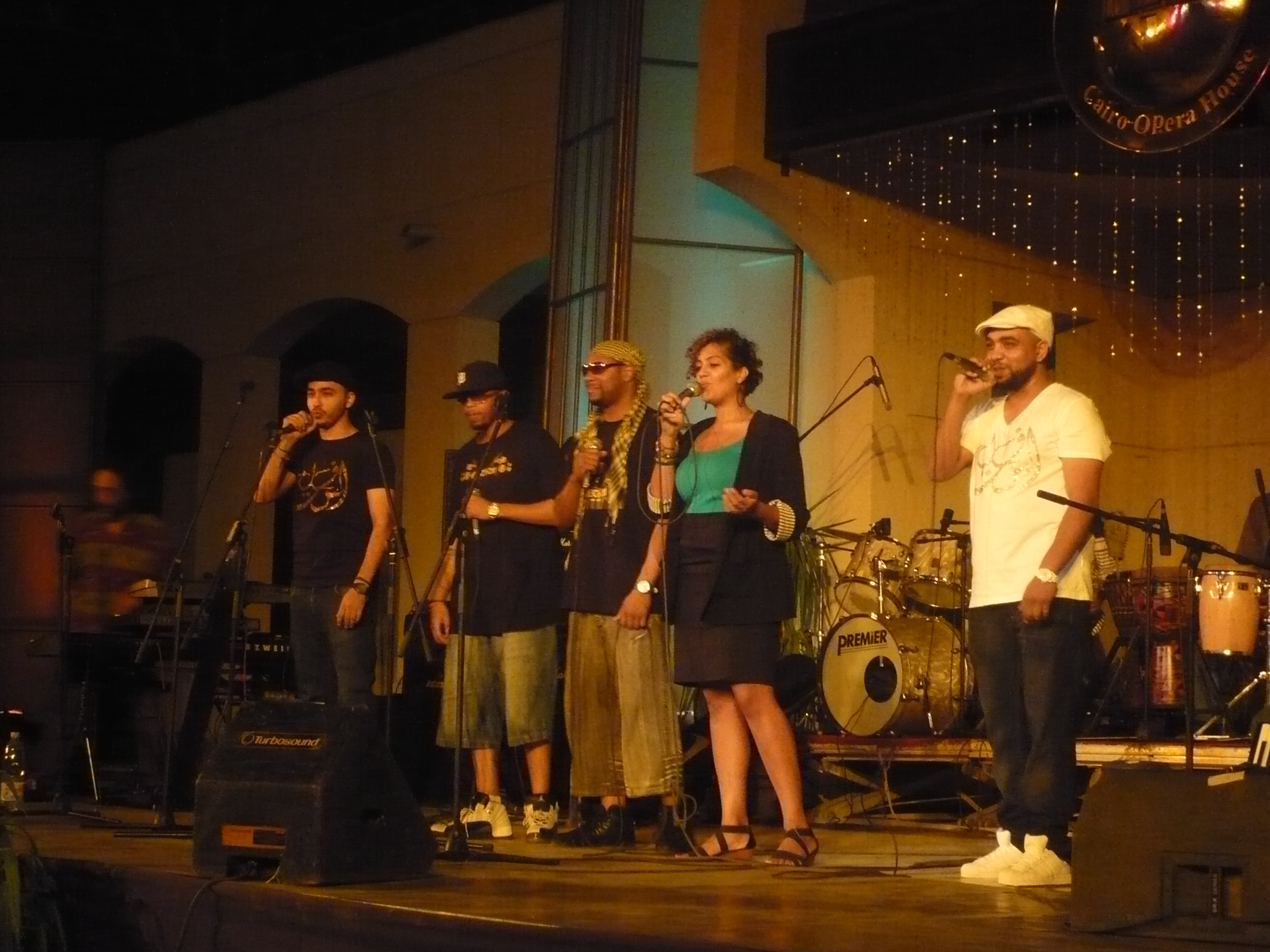 Renowned musician Fathy Salama and his band Sharkiat, which means Easterners, performed last Sunday at the Cairo Opera Open Air Theatre as part of the Ramadan concert series. Salama is known to invite different vocalists to his performances. Six singers were featured during the concert, including three Egyptian and American rappers known collectively as Election, and two female singers, Heba and Sarah.

The combination of the vocalists and the style of their music was a new chapter in the evolving musical stories Salama treats his audiences to. This was the second event that brought Salama, the Sharkiat musicians and these talented singers together, but hopefully not the last time. One of the female singers remarked enthusiastically after the concert that collaborating with the band was a great career opportunity for her.

Rap rhythms and hip hop tunes set the tone during the concert and Salama and his band delivered a smooth acoustic-funky rap infused performance in the Open Air theatre. Instruments varied between keyboards, the tabla, and the accordion and intermingled harmoniously. Salama is known for combining Egyptian traditional rhythms with modern vocals, often leading to unexpected mixes, and the audience on Sunday were treated to yet another innovation of Salama’s musical talent. Listening to vocals rapping to the sounds of the accordion and Egyptian drums was a totally new and appealing experience.

Salama not only excels in juggling a thousand rhythms while forging new music styles, he also knows where to find new and original Egyptian musicians. “This is what I have always done,” he said with satisfaction and pride.

Salama is famous for being the first Arab musician who was awarded a Grammy Award for Best Contemporary World Music Album, but he has been involved in music from a young age. His love for music lead him to study and play jazz in New York and Europe.  Back in Egypt, Salama soon founded his own seven-member band. With his now extensive knowledge of modern and classical Western and traditional Oriental music Salama found an original manner of musical expression and performed extensively abroad.

Up to this point Salama was labelled as an alternative artist in Egypt but the recognition he gained abroad resulted in a growing following here. Salama not only creates music but is actively involved in promoting young Egyptian artists. Critical about the actual artistic, and in particular music, scene in Egypt today, he hopes to contribute to building a new generation of musicians with a strong knowledge of music and harmonies.

Although his work is tinged with digital jazz, Salama never describes what he does as jazz, which is clear once you attend one of his performances. Salama traces his musical roots to his Egyptian background and underlines the deep influence that this has always had on his musical composition. While the focus of his work is mainly creating a bridge linking traditional and modern music, what distinguishes him from other Egyptian musicians is the importance he gives to his cultural roots which is reflected in his music. And the evening’s performance was no exception.

The concert was expected to draw a large audience, but not many people attended. It may have been due to the timing of the event during the last ten days of Ramadan, or because of the recent political turmoil, but fact is that those who failed to attend missed a great show. It is well worth the effort to try and catch a performance of Salama with this line-up.