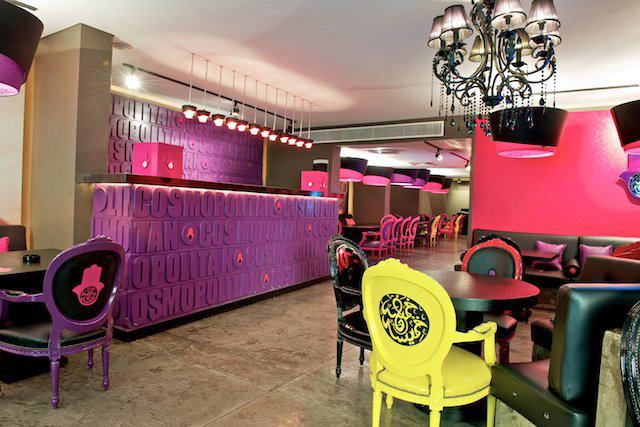 It is tough to decide what restaurants to pick when it comes to having Iftar outside the house during Ramadan. You will have gone for over 15 hours without food and there is the risk that the food will disappoint you. And you won’t find out how good the food is until you hear the call to Maghreb prayer.

Luckily, Khamsa We Khmesa  offered us an unforgettable experience in a quiet, serene environment serving fine, tasty cuisine. The restaurant was a bit tough to find in the chaotic streets of El-Mohandeseen suburb of Giza, but it was worth our while when we got there.

The restaurant caters to a wide array of tastes with a menu that includes plates from five different countries spanning three continents. The restaurant offers cuisine from Egypt and Morocco, Italy and France and Thailand.

The first good thing about Khamsa We Khmesa was that there was no minimum charge and they were flexible about the set Iftar menus unlike most restaurants during Ramadan.

We started with some fairly good Italian tomato soup and very tasty hibiscus and tamarind juices. The soups are reasonably priced, ranging from EGP 19 to EGP 34 for the Thai soup.

For appetizers we chose a very tasty plate of mombar, a traditional Egyptian dish of stuffed beef sausage and a mouth-watering French crêpe, the crêpe gratin which was stuffed with turkey and mushroom. The crêpe, which was covered with melted cheese and did not come cheap at EGP 45, was easily the best dish we had at the restaurant.

We limited our main courses to the Egyptian and Italian dishes. We had the traditional fatta bel moza which is rice served with toasted bread and meat. The plate was delicious and tasty, just as good as you would have at home.

From the Italian menu we chose the chicken stuffed with vegetables, served with cream and potato wedges, another dish we really enjoyed. While we had plans to try the desserts from the Moroccan and Thai menus, the generous portions of everything we had eaten prevented us from being able to.

In addition to the tasty food, the waiters were pleasant and offered very good service, making the experience at the restaurant even more enjoyable.

The red and purple colours of the restaurant could have created a very odd atmosphere but they worked really well with the dark furniture and the discreet lighting. The colour scheme was repeated in the traditional hands that were drawn on the walls and even the glasses we drank from were red and purple.

The overall experience, even though it was very pleasant, was a bit heavy on the wallet – the Iftar cost the five of us EGP 800. Then again, the portions are large and some of the appetisers, like the crêpe, can easily be ordered as a main course.