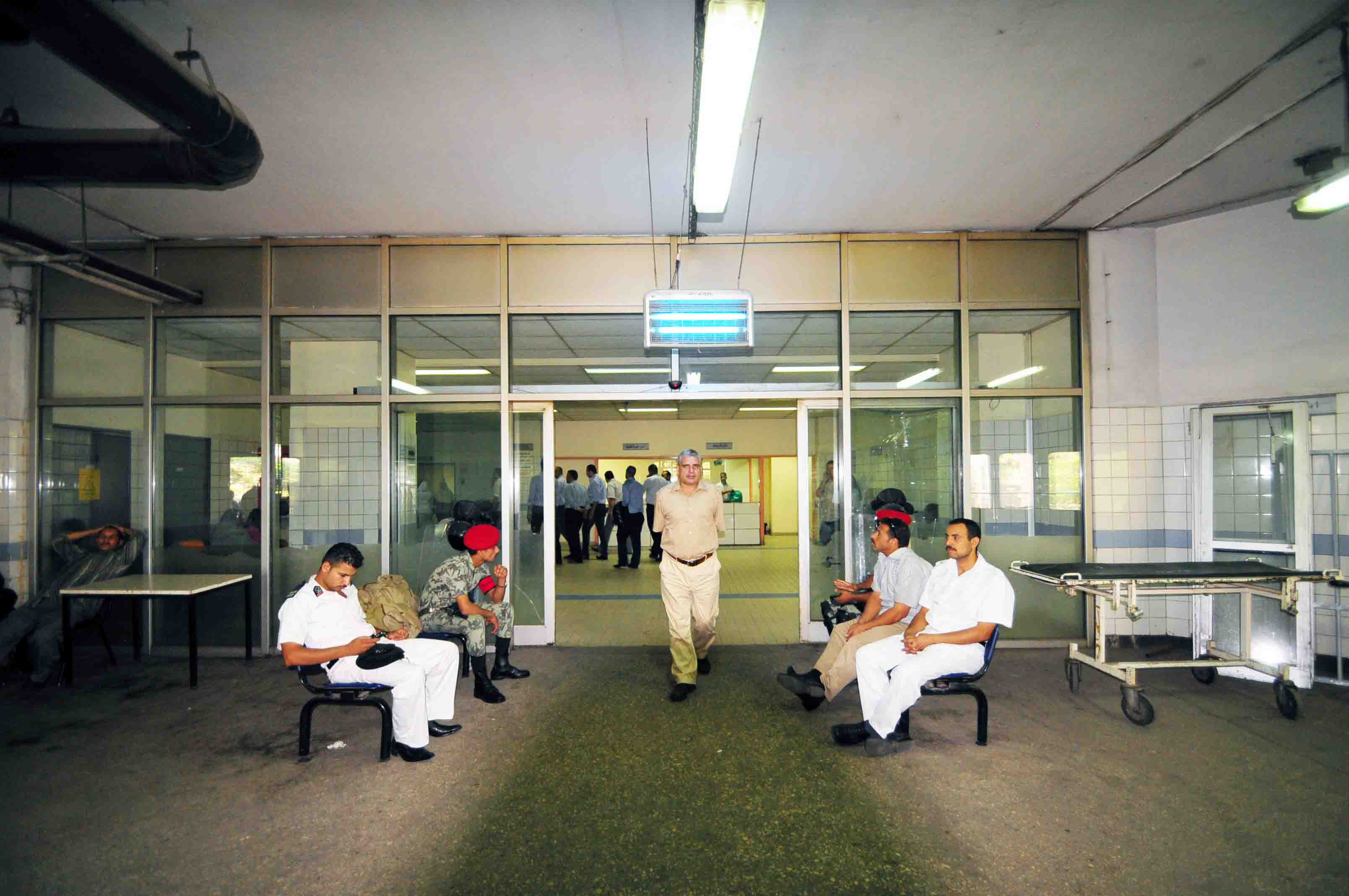 The Ministries of Health, Defence and the Interior have agreed on a plan to secure 100 hospitals throughout Egypt as a first step. Hamed stressed the importance of increasing the number of private security personnel inside the hospitals and training them in cooperation with the Ministry of the Interior.

Hamed also ordered that every emergency department night shift needs specialists and consultants because they have more experience in dealing with patients and their families. He said that public relations officials in hospitals play a very important role in avoiding most of the problems that occur in emergency rooms.

Medical supplies and medications were also on top of the Ministry of Health’s agenda, as patients usually criticise the shortage of supplies in these hospitals and the fact that patients are sometimes forced to purchase their own medications.

Another major complaint from patients was the shortage in intensive care units and being referred by doctors from one hospital to another when the patient’s condition can’t endure transportation. Hamed gave orders that emergency room patients should be transferred only if necessary after receiving first aid and in coordination with the hospital the patient will be transferred to.

Hamed also asked governorate health directors to conduct more field visits to hospitals in their districts and to conduct weekly meetings with the patients and the families to hear their complaints and problems. He also said that electricity generators should be regularly maintained and more generators should be obtained if necessary to accommodate power cuts.

“The Minister understands the situation, and he is taking reasonable steps to solve it, but let’s not judge until these promises are fulfilled,” said Ahmed Lotfy, MD, a Doctor’s Syndicate Board Member.

Lotfy explained that there were previous attempts to secure hospitals, but they were temporary and inefficient.

“Military police personnel were deployed to secure hospitals and whenever there was an attack, they either did nothing or got into civilian attire and left,” he said.

Lotfy believes that the only solution would be to have a special police force for hospitals and that the crisis won’t be solved anytime soon because of Egypt’s weak security situation.

Regarding the medical supplies Lotfy said that the Medical Syndicate ordered the sub-committees in every governorate to urge hospitals to take stock of their inventory of medical supplies.

“When we met the Minister of Health he already had a plan to raise the budget of hospital supplies from EGP 20 to 300 million,” Lotfy added. “The syndicate formed a committee of eight members to supervise the implementation of the ministry’s plans.”

According to Lotfy, the 100 hospitals specified by both the Ministry of Health and the Doctors Syndicate, are the most threatened ones as they all have emergency rooms, which are often the center of violent incidents.  Among these hospitals are Qasr-el-Einy, Demerdash, el-Sahel, Ahmed Maher, Om-el-Masryeen, Damanhoor, Ras-el-Teen.

Attacks on hospitals by thugs and patients’ families have been very common lately and doctors have threatened to go on strike if the security situation is not improved.

The most recent violent hospital attack took place in Mahalla Al-Kubra last Tuesday when a group of people associated with two deceased men brought to Mahalla general hospital stormed it and vandalised equipment.