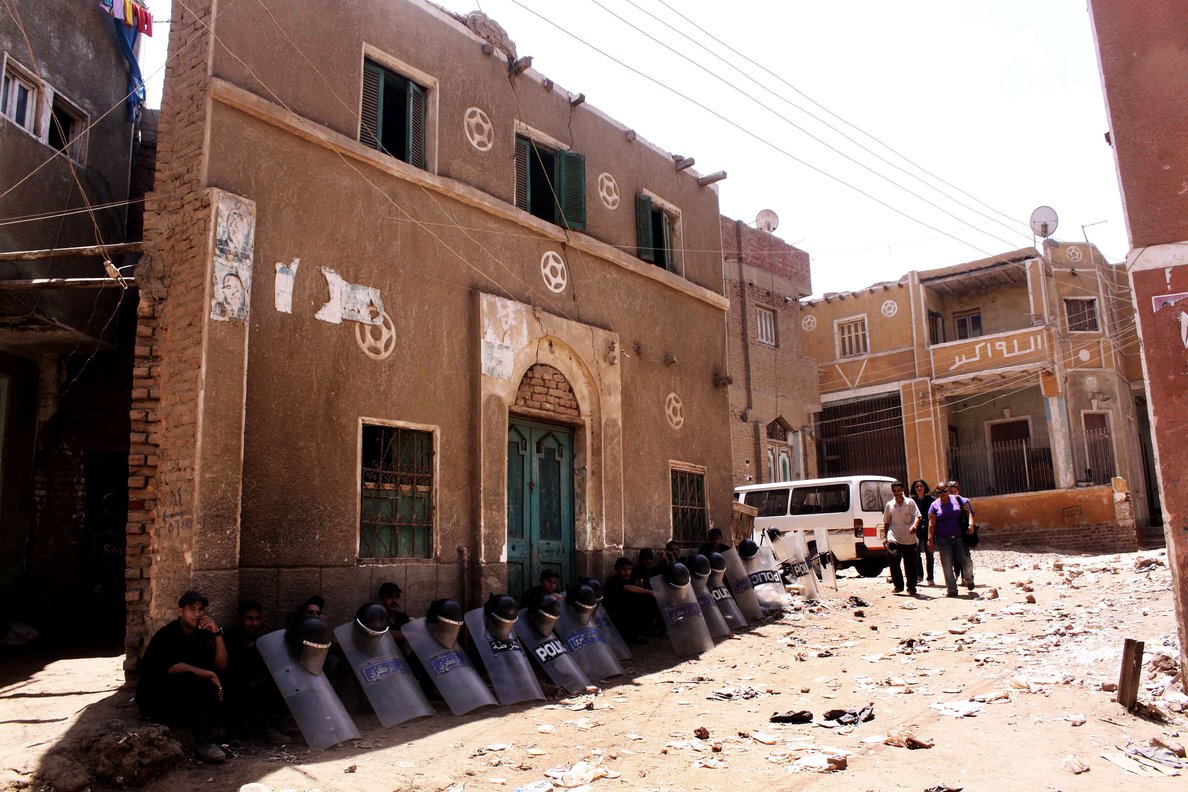 Hundreds of protesters gathered at Egypt’s Supreme Court in downtown Cairo on Monday in support of victims of sectarianism in the Giza village of Dahshur. While many of the Christian residents have returned to their homes following clashes at the end of July, some families have refused to return to the village.

Protesters chanted, “Egypt will remain civil, not sectarian or military,” and “Muslims or Christians, no discrimination based on religion.”

The protesters also demanded the prosecution of security officials that were both slow to react, and failed to prevent the fleeing of families from Dahshur.

Last week the Giza Governorate called for the secure return of Christian families who had fled after a fight between a Muslim and a Christian escalated to sectarian clashes.

A reconciliation committee assembled by the government at the request of President Mohamed Morsy determined to distribute EGP 10,000 each to 52 Christian families and Christian-owned businesses which were targets of vandalism during and following the violence in Dahshur. They also allocated EGP one million intended to rebuild the village and provide public goods to its residents.

“Ten thousand per family is much too small an amount,” said Mina Magdy, Spokesman for the Maspero Youth Union and the head of its political committee. The Maspero Youth Union, with the help of the Revolutionary Socialists, helped organise Monday’s protest and has participated in previous ones relating to the Dahshur incident. He added, “we estimate the damage done to homes and local businesses to be roughly EGP 30 million,” an amount far larger than the EGP 520,000 allocated by the government for compensation.

Magdy also noted that not all of the roughly 120 families have returned to the village, and some refuse to ever go back from fear of ongoing tension and a lack of faith that police can ensure a peaceful return.

“This isn’t the first time something like this happens,” said Magdy in reference to sectarianism that the police has failed to curtail, “but we’ll give the government a chance to respond to our demands.”