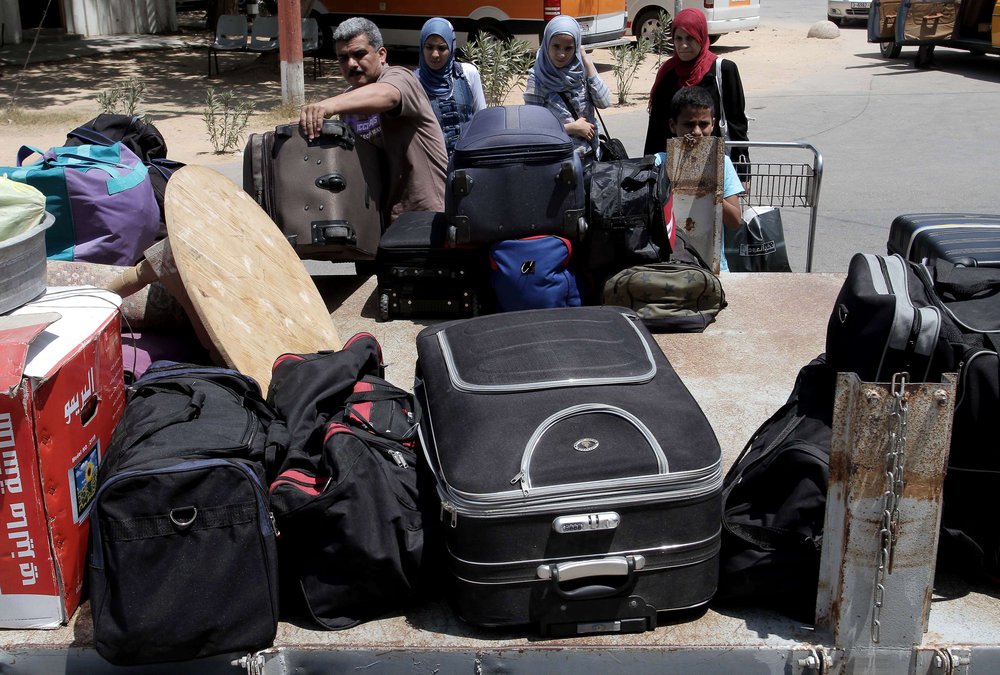 The Rafah border crossing was reopened yesterday, after being closed for nine days following an attack on Egyptian soliders at a military checkpoint by gunmen which left 16 dead. Meanwhile, ongoing attacks have led to a military buildup on the peninsula.

The reopening of the Rafah border coincides with a statement by Maher Abu Sabha, in charge of the Gaza Strip border crossing, who said that the border would be fully reopened before Eid al-Fitr. The crossing, which had been opened only for entry into Palestine last Friday and Saturday, will now be open in both directions for “stranded pilgrims, the sick and other categories of Palestinians,” according to the state-run Al-Ahram newspaper.

An activist and journalist in the Northern Sinai region, Ahmed Abou Thira’, confirmed the border has been reopened, and that 30 Palestinians had already crossed into Palestine at the time of the interview. The border closure followed speculation that the 5 August attackers came from Gaza, a claim which Hamas strongly denies.

The Egypt Independent reported two attacks in the northern city of Arish in the Sinai peninsula this week. On Sunday, two men opened fire from a vehicle at a police station and then managed to escape. On Monday, a group of gunmen opened fire on a checkpoint. Neither attack resulted in casualties.

Abou Thira’ said that early Tuesday morning Central Security Forces (CSF) and military personnel carried out a raid in Sheikh Zuweid to arrest an inhabitant. The troops were carrying out a campaign to subdue suspected criminal activity and militant networks in the region. “The forces surrounded the house and fired warning shots into the air before entering the suspect’s house,” Abou Thira’ said. “But they found that he was not there.” Upon leaving the village they were attacked by armed men in a vehicle. “The attackers continued driving past the troops, who did not pursue,” he concluded. No injuries were reported.

While the security situation in Sinai appears to have deteriorated of late, an increased military presence and heightened media coverage has also drawn to light many incidents that might have otherwise gone unreported. Abou Thira’ believes that overall security in Sinai has improved. “The security in the Sinai is better than before. The army has complete control of the streets in major areas and there seems to be no tribal infighting.”