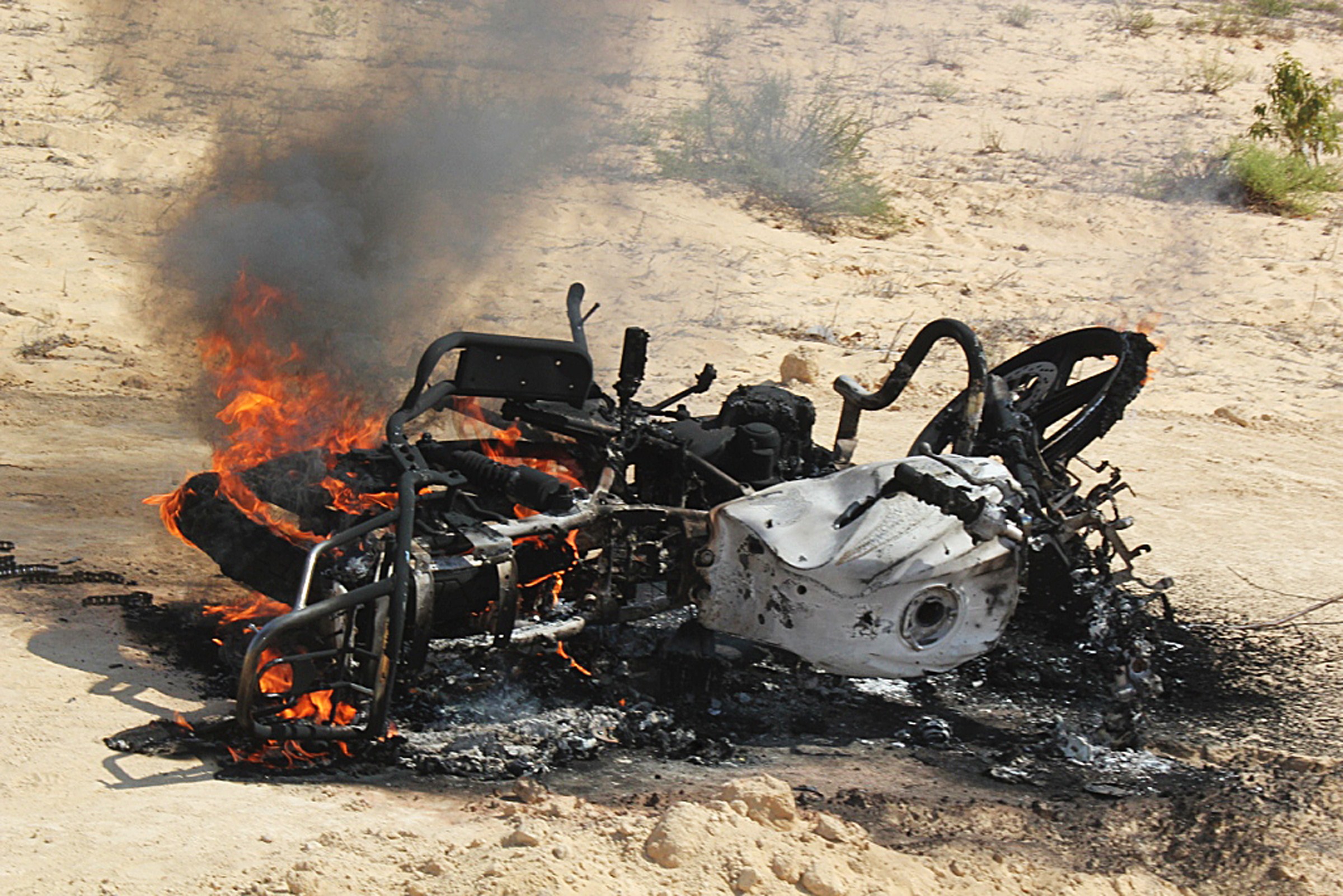 The Criminal Court in the western Suez Canal city of Ismailia on Tuesday sentenced 14 people to death for involvement in an attack on a police station in the town of El-Arish last year. President Mohamed Morsy’s campaign to combat militant activities hopes to put an end to similar attacks which have plagued North Sinai for decades.

The convicted, suspected of being members of Al-TawhidWal Jihad, were charged with murdering five police officers, a civilian and a soldier. Of the 14, eight were convicted in absentia.

Another trial in the same court is expected to take place next month for another 11 people, also accused of belonging to Islamist militant groups. According to an Amnesty International report in May, 123 people were given the death penalty in 2011, including “at least 17 who were sentenced after unfair trials before military courts.” Only one execution was verified by Amnesty though.

In a further recent North Sinai attack, eye witnesses saw gunmen exchange fire with security forces at the Sheikh Zuweid power plant before fleeing, according to Al-Masry Al-Youm. The increase in violence and crackdowns in the region is regarded by the Egyptian Organisation for Human Rights (EOHR) as a positive attempt by security forces to deal with instability and violence in the region. According to Sherief Etman, Senior Foreign Relations Officer at the EOHR, the situation in the Sinai is “not getting worse, because the police and the army have been making advances in the Sinai.” Etman confirmed that three armed men were killed in the town of Nagaa Shaeana near the border town of Rafah on Tuesday, while on Wednesday armoured troops carried out operations in Dar El-Abt.

According to Etman, General Ahmed Gamel El-Din has promised to bring an end to the violence in the most dangerous areas by the end of next month. Despite the limitations placed on Egypt’s military presence in the Sinai by the Camp David Accords, there is reason enough to believe Israel will not object to Morsy’s Sinai campaign. “The Israeli leaders clearly know that Egypt needs to control the Sinai,” Etman explained. “These people are not only endangering Egyptians but also Israeli people living close to the border. The Minister of Defence has publicly announced that we have more than 200 tanks in the Sinai right now and I think Israel accepts the current situation.” To Etman, the Sinai security issue is not an issue that will be solved quickly, but may very well stretch past Morsy’s tenure as president.