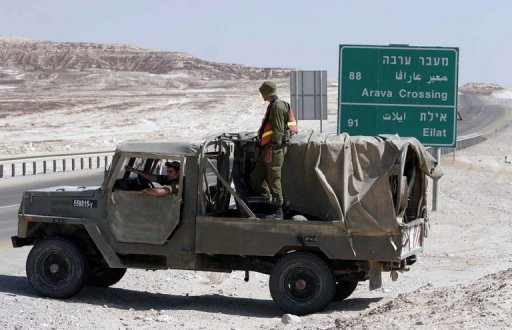 “We have received phone calls from residents alerting us following two blasts,” police spokesman Micky Rosenfeld said.
“We are now carrying out searches to see if we can find debris,” to determine if the blasts were caused by rockets fired on Eilat, he added.

Eilat police were put on the highest state of alert following the attack, during which three loud blasts rocked the city as it was packed with tourists ahead of the Jewish holiday Passover.

Those rockets were the first since the collapse of the regime of Egyptian president Hosni Mubarak in February 2011. Since he was toppled, a wave of unrest has swept the restive Sinai Peninsula which borders on Israel.

In June two other rockets, also fired from the Sinai, exploded over Israeli territory, according to the police.

Earlier this month 16 Egyptian border police were gunned down by militants in northern Sinai who then forced their way into Israel, where they were halted by an Israeli helicopter strike.