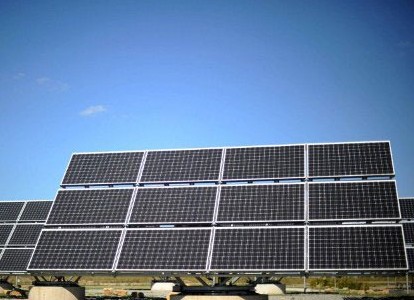 In collaboration with several Italian organisations in the field of renewable energy, the RES Group, a UK-based renewable energy company, offered to to construct 30 photovoltaic power stations for the Investors Association in Marsa Alam with investments worth €70 million. The project comes in light of addressing fuel shortage currently crippling the nation.

Deputy Manager of the Investors Association, Tarek Shalaby, said the Association is studying the offers’ economic feasibility, adding that the offers would be executed under the Build-Operate-Transfer (BOT) system, in the case of their approval.

Shalaby added that the Association received the offers from the RES Group through the German Society of International Cooperation (GIZ) and a group of Italian tourism investment companies known for providing clean energy to hotels and resorts.

He noted that, one unit’s investment could cost around €2.5 million, which would provide 1MW of electric power from solar energy. The construction of such a single unit requires an area of 20,000 square metres.

The Association received these offers after the fuel shortage was further exacerbated. Hotels around the area are in need of 5,000 to 10,000 tonnes of fuel on daily basis. Shalaby explained that the hotels that have contracts with Egypt Petroleum to provide these amounts have failed to fulfil their commitments.

Shalaby expects a full coverage of the area by constructing 80 photovoltaic stations, in case the association approves the companies’ offers. The estimated investment cost in these stations is around €170.

The Association is in contact with several authorities including: Ministry of Tourism, General Authority for Tourism Development, international donor organisations, and with the New and Renewable Energy Authority under the Ministry of Electricity.

Shalaby confirmed that the diesel shortages in the region obliged hotels to procure fuel from the black market. Accordingly, one litre of diesel soared from EGP 1.1 per litre to EGP 2 in black market.

The increase in energy prices for hotels and resorts is between 50 and 60 percent. Therefore, hotels’ sustainability, operations and ability to pay wages are negatively impacted.

Recent energy shortages had a severe impact on small hotels, which suffered long periods of blackouts following power cuts, unlike large hotels and resorts. In addition, by the end of the current week, small hotels’ occupancy rate will have reached 30 percent, compared to 70 percent in the large hotels.