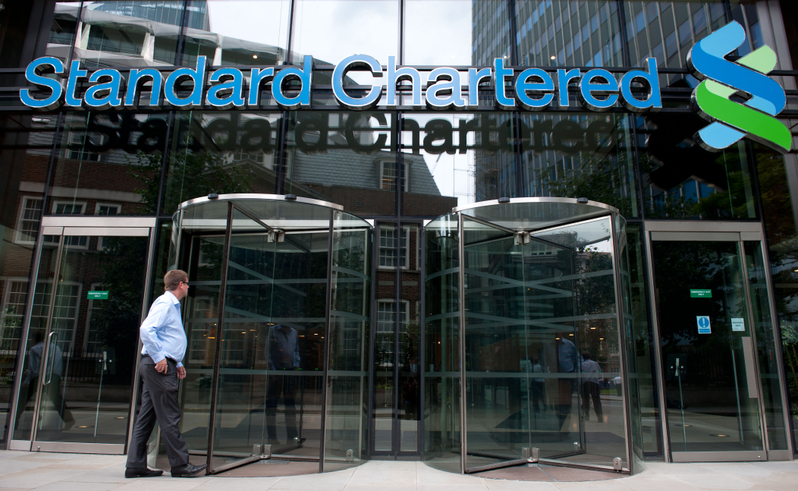 The “civil penalty” disclosed on Tuesday came amid allegations that the London-based bank hid 60,000 transactions with proscribed Iranian clients worth $250 billion over 10 years.

The settlement was far from the worst-case scenario — investors had feared the bank could lose its New York license — and its shares surged 6.57 percent to HK$176.8 in Hong Kong trade Wednesday afternoon.

But the stock is still below its price of HK$188.10 on August 6, before New York regulators publicly accused the bank of helping Iranian clients.

The clients included the state-backed Central Bank of Iran and the National Bank of Iran, both accused by Washington of helping Tehran seek nuclear weapons and fund terrorism.

Under the terms of the settlement with New York’s Department of Financial Services, Standard Chartered agreed to house a government anti-laundering monitor for two years at its New York branch.

It will also appoint in-house auditors to check compliance with US sanctions.

According to the bank, which is a household name in Africa, Asia and the Middle East, a detailed agreement will come soon, adding, “the group continues to engage constructively with the other relevant US authorities.”

Standard Chartered CEO Peter Sands was in New York at the time the deal was struck.

New York state’s Department of Financial Services had questioned whether Standard Chartered should lose its banking license, effectively cutting off access to the US market.

Davis added that even at $340 million the fine would not have a major financial impact on the bank. In the first half of this year it reported profits of $3.95 billion.

But Standard Chartered remains in the sights of other US regulators.

On Tuesday the Treasury Department told AFP the settlement would not halt its own inquiry.

“Our investigation continues. Treasury will continue working with our regulatory and law enforcement partners to hold Standard Chartered accountable for any sanctionable activity that occurred,” an official said.

The Department of Justice also said it would also continue to “determine what actions might be appropriate.”

Meanwhile the Federal Reserve said it continued, “to work with the other agencies on a comprehensive resolution.”

Standard Chartered hinted that settlements might also be reached with those agencies, saying “the timing of any resolution will be communicated in due course.”

The “United Against Nuclear Iran” lobby group said New York authorities had been too lenient, and federal investigators should not make the same mistake.

“Any financial institution that is found to be in violation of Iran sanctions should receive the financial equivalent of the death penalty and lose its license to do business in the United States,” the group said in a statement.

In the last decade the United States and allies have ramped up sanctions against Iranian banks, institutions and individuals in a bid to stop Iran’s weapons programs.

The question of Iran’s weapons is a hot button issue heading into November’s presidential elections, with some powerful voting blocs pressing President Barack Obama to take a tougher line against the regime.