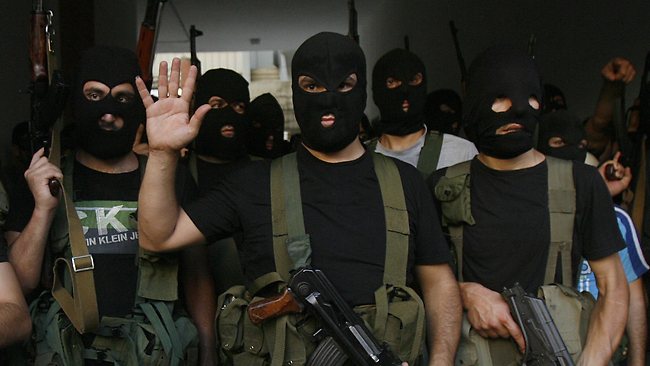 The Shi’a Lebanese Meqdad clan abducted tens of Syrians and one Turk in Lebanon on Wednesday, in retaliation for the abduction of a member of the Meqdad family by Syrian rebels.

The Meqdad clan is threatening to kidnap more Saudi, Turkish, and Qatari nationals until Al-Meqdad is released, according to Reuters. The three countries are accused of supporting the Syrian rebels. The New York Times quoted Hatem Al-Meqdad, Hassan’s brother, vowing to kill all the hostages if his brother isn’t released.

Twelve flights instead of the usual five daily are being sent by Lebanon’s national carrier, Middle East Airlines, to Saudi Arabia, according to the Lebanese Daily Star newspaper.

Hassan Al-Meqdad, who arrived in Syria along with 1,500 members of Hezbollah, was kidnapped by the Free Syrian Army (FSA) on Monday, according to Al-Arabeya. Al-Meqdad was accused by the FSA of being part of a Hezbollah group sent to Syria to aid Bashar Al-Assad and fight the Syrian opposition; they released a video of Al-Meqdad on Tuesday where he admitted as much, according to BBC news. Both his family and Hezbollah deny the accusations however.

Kidnapping has been increasingly used as a tool by the Syrian rebels. Two weeks ago, they kidnapped 48 Iranians whom they accused of being members of the Iranian Revolutionary Guard, sent to Syria to quell the uprising. However, Monday’s abduction is the first to generate retaliation.

Tensions were further heightened in Lebanon on Wednesday by news that a building in Azaz, north of Aleppo, sheltering 11 Lebanese pilgrims abducted by Syrian rebels in May had been shelled by Al-Assad’s forces. A spokesperson for the FSA’s higher military council, Louay Mokdad, told the Wall Street Journal that two of the Lebanese hostages were injured in the bombing incident, while the fate of another four remains unknown.

Following news of the shelling, families of the hostages took to the streets in Lebanon, where they blocked the Beirut airport highway.

The conflict in neighbouring Syria has been spilling over into Lebanon for some time. The north Lebanese city of Tripoli, seen as an Al-Assad stronghold, witnessed several clashes between members of its Alawite Shi’a community and security forces in June. Syrian refugees in Lebanon have been targeted by cross-border Syrian shelling which has killed Lebanese citizens also. Lebanon is currently sheltering 37,000 Syrian refugees, according to the United Nations High Commissioner for Refugees.