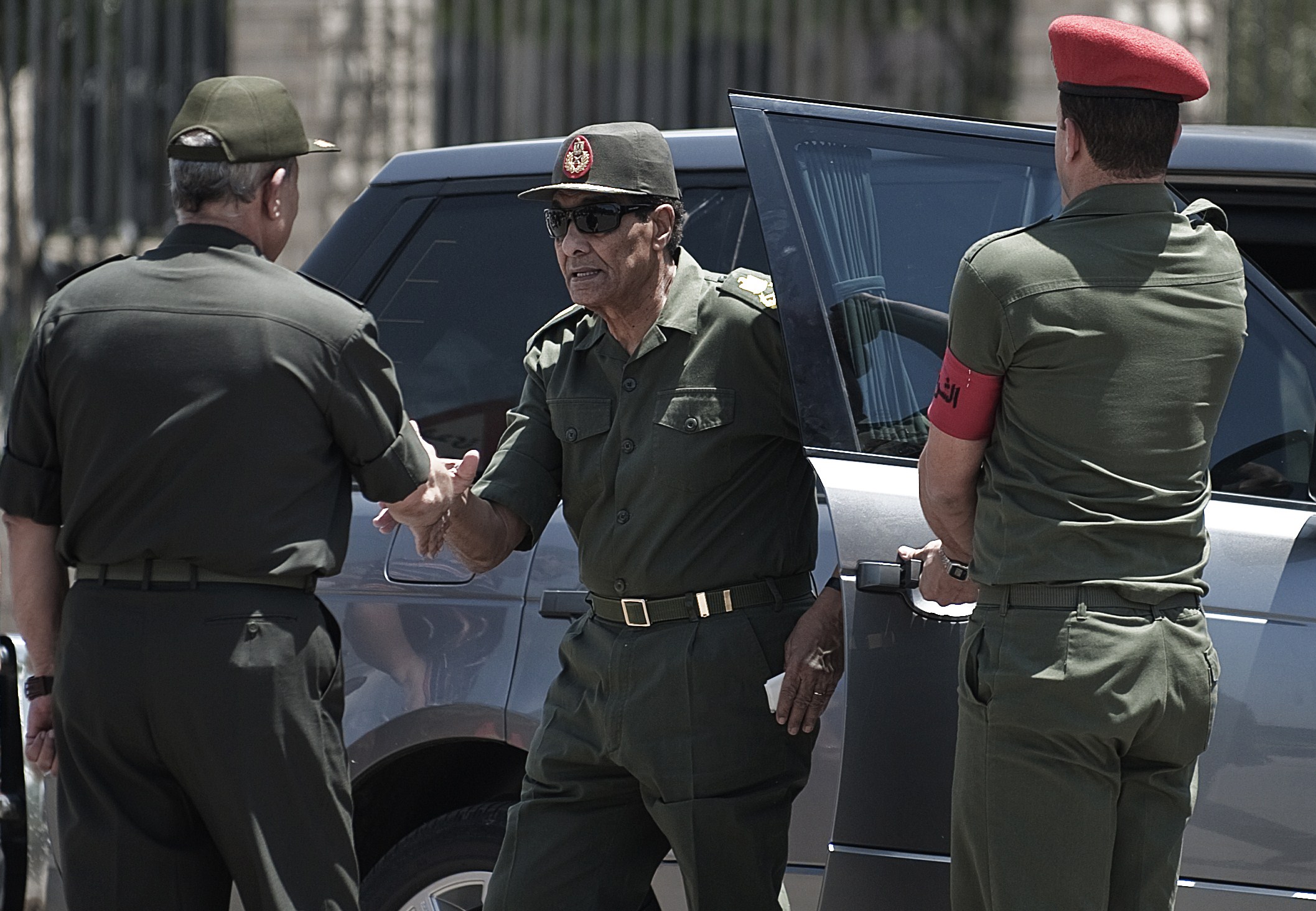 A new campaign called “No Safe Exits” was launched on Tuesday in response to President Mohamed Morsy’s decision on Sunday to sack and honour former Commander-in-Chief Hussein Tantawi and  former Chief of Staff Sami Anan who were awarded Egypt’s top state honours, the Order of the Nile and the Order of the Republic, respectively, earlier this week.

The “No Safe Exists” campaign names five military leaders as the main focus of their campaign:  former Commander-in-Chief Hussein Tantawi, former Chief of Staff Sami Anan, former intelligence chief Morad Mowafi, former Chief of Military Police Hamdy Badeen, and Major General Hassan El-Rowein , all of whom have either been sacked or resigned recently.

“No Safe Exits” was established by the “Try Them” campaign which refuses the safe exit of the “military criminals” and demands their trials for serving the regime before the revolution and the killings they have caused after the revolution.

Coordinator of the “Try Them” campaign Heba Higazi said that the campaign, launched earlier this year, demands the trials of the heads of the former regime in a special court which would be set up based on the revolutionary justice bill which members of the campaign themselves have prepared.

Higazi added that the “No Safe Exits” campaign will prepare videos on the five military leaders and will spread their message both in person and via social media.

“We will go out to the streets in Imbaba and Alexandria and spread our activities on Twitter and Facebook,” she said.   The campaign will also send telegraphs to Morsy and Vice President Mahmoud Mekki.

Volunteers in the campaign also document crimes and the documents will be used in the special court.  Higazi added that a petition is being signed as part of the campaign to demand holding members of Mubarak’s regime accountable.

Higazi added that the campaign will include creating a profile for each of the five military leaders “which will include information about the crimes and corruption of each of them with the main focus on the transitional period which saw many massacres and accidents.”

“People who’ve committed crimes between 1981 to up till the election of Morsy will be tried in that special court based on that bill which we managed to get into the People’s Assembly through the Member of Parliament Mostafa El-Nagar but the People’s Assembly was dissolved a few days after,” said Higazi.

Ahmed Ragheb, co-founder of the “Try Them” campaign and one of the people who has made a great contribution towards writing the bill explained that these five people are just the beginning of an expanded campaign that will target more individuals.

“The way the leaders have left the scene may be a premise for providing them with a safe exit,” Ragheb said.  “The trial, accountability and prosecution are the only way to justice.”