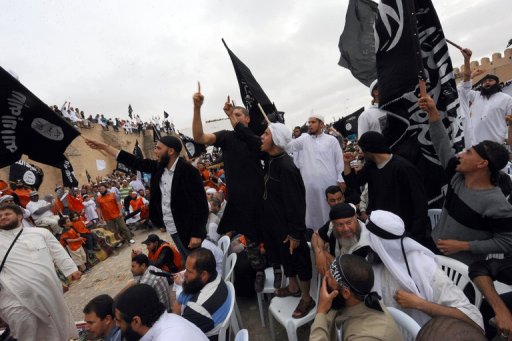 Salafists across Tunisia last week disrupted cultural events they deemed ‘un-Islamic’, increasing fears the country may become more hardline Islamic after the revolution which ousted largely secular President Zine El-Abidine Ben Ali. However there has also been a secular backlash, with protests against Islamisation.

Tunisian actor Lotfi Abdelli was prevented from performing a comedy show called “100 percent Halal” on Tuesday by Salafists who occupied the auditorium in the town of Menzel Bourguiba. On Wednesday, an Iranian group was prevented from performing at a Sufi music festival in the town of Kairouan because Salafists viewed the Shi’a chanting as un-Islamic. On Thursday five people were wounded after a group of armed men attacked the Bizert music and theatre festival. Police were brought in to disperse a crowd using tear gas, making four arrests.

In response to the events, the Government held an emergency security meeting on Friday, All Africa reported, resolving to open an investigation into the incidents and to take measures to deal with law-breaking and attacks on the liberties of Tunisians.

Many Tunisians fear a creeping Islamisation of the country. Some 6,000 took to the streets of Tunis last week Monday to protest amendments made to the draft constitution. The change concerned the wording of an article guaranteeing women’s rights and equality with man. The new wording recognises women as a “complement with the man in the family and an associate to the man in the development of the country.” Protesters asked to keep the old wording which, under Ben Ali, recognised women as full equals.