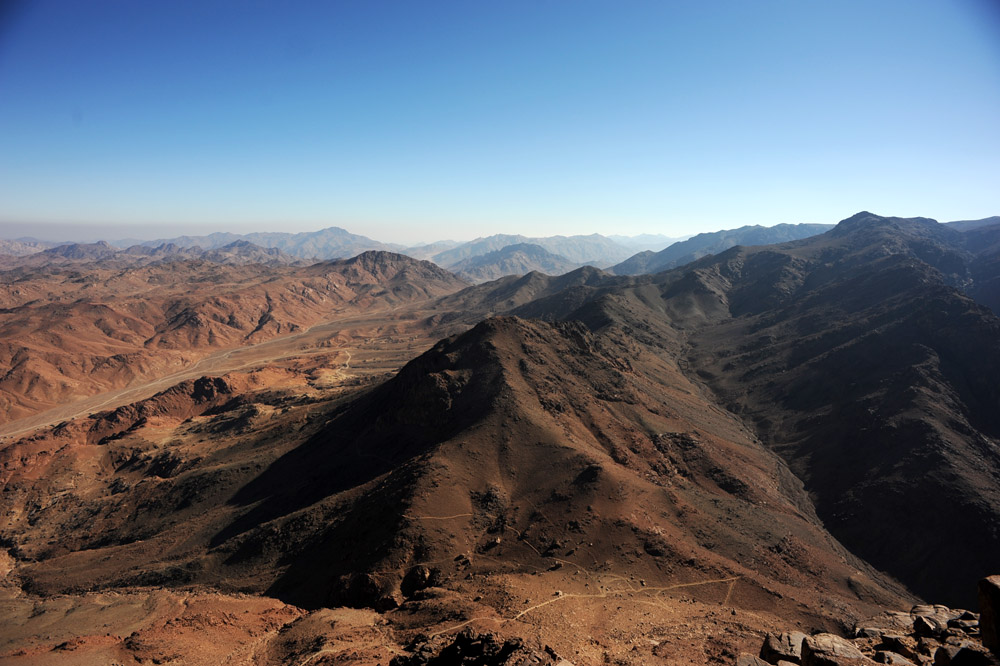 Egypt’s Sinai peninsula has been a test for the newly elected Egyptian President Mohamed Morsy, whose government and military earlier this month began a massive campaign to quell the activities of what the government has called terrorists and militants after the 5 August attack on a security checkpoint left 16 border guards dead. Aside from an unprecedented number of military troops and weaponry currently being deployed in the region, the government has recently decided to develop large swaths of the region for agriculture and habitation.

Earlier this month, Agriculture Minister Salah Abdul Mo’men unveiled the government’s Sinai land reclamation project that will settle one million Egyptian citizens and turn one million acres of arid desert in central Sinai into fertile farmlands. The ambitious project will be spaced out over a period of five years, with a target of 200,000 acres per year to be converted into farmland. The new settlers will be settled in the new agricultural regions. If the central Sinai project is successful, it will be implemented in Southeast Qattara, the Northwest Coast, Northwest Owainat, and Toshka as well. The entire Sinai peninsula comprises14.7 million acres.

The Egyptian State Information Service (SIS) also released the 2012-2013 budget allocation report on Friday, which distributes one billion Egyptian Pounds to aid in the development of the Sinai peninsula. The Ministerial Committee for Sinai Development, led by Prime Minister Hisham Qandil, is the body responsible for allocating the funds. According to the statement released on the SIS website, the funds will be channeled to different ministries, as well as to North and South Sinai to fund projects that will aid in development of the Sinai. The recently created Sinai Development Authority, headed by Mohamed Shawky, may be putting to use the 50 million dollars donated by the US to Egypt for their efforts in providing a stable and peaceful transition, in order to “meet the urgent needs of the Sinai residents,” the SIS reported.

The decision to develop the Sinai peninsula may prove significant for the Bedouins in the region who have often been overlooked by the previous government, giving rise to widespread discontent among the Bedouin residents of Sinai. The Bedouins have in the past attacked Egypt’s gas pipeline to Israel as a show of discontent with their government and disapproval of the sale of gas to Israel for prices that had been set during the Camp David Accord negotiations. AFP reported that there have been at least 15 reported attacks on the Egypt-Israeli pipeline in the Sinai over the past 20 months, the last in July and the first under Morsy’s tenure.  All of these attacks were attributed to Bedouins, according to AFP.