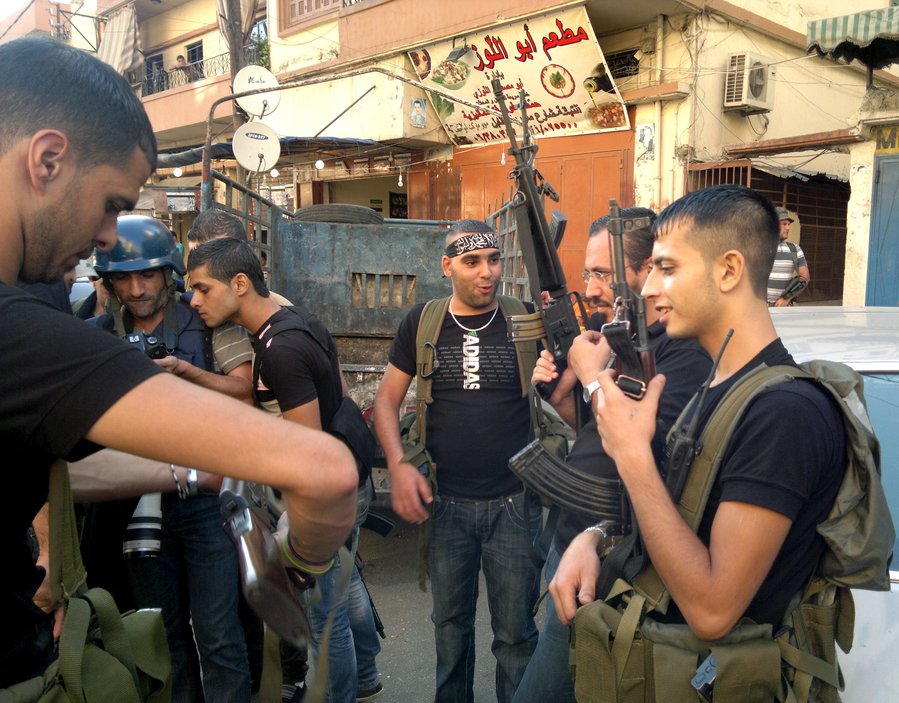 Clashes between Lebanese Sunni Muslims and Alawitesin the northern Lebanese city of Tripoli on Monday night have left at least 33 people wounded on Tuesday according to security and medical sources. According to Reuters, Sunni gunmen from the Bab Al-Tabbaned district clashed with Alawite gunmen from the Jebel Mohsen district, exchanged gunfire and lobbed grenades in what was a night of sporadic violence.

The Lebanese army released a statement saying soldiers had raided buildings which had been used by gunmen, retaliating “swiftly against sources of gunfire.” On Tuesday, army personnel removed themselves from Syria Street, which divides both neighbourhoods. The army has claimed five soldiers were injured Monday evening, while another five, including an officer, were wounded on Tuesday after a grenade was thrown at an army base in the city. It is unsure, however, if the grenade attack is linked to the overnight violence.

Clashes between the Sunni and Alawite neighbourhoods in Tripoli have escalated since the predominantly Sunni-led revolution in Syria began last year against the Alawite-dominated Syrian government of President Basher Al-Assad.

In June, 15 people were killed after clashes between the aforementioned neighbourhoods sparked the biggest act of violence the two neighbourhoods have ever experienced.The deep divides in Lebanon’s society stems from its thirty years of Syrian Hegemony over the nation. As a result of the Syrian presence and influence in Lebanon, the country’s citizens have deep emotional, cultural and political ties to the events in Syria.

From 1992 until 2005 Lebanon was occupied by Syria, which influenced political elections and decision making, but never officially annexed the nation.Fighting in Tripoli has been exasperated by recent kidnappings of Syrians in Lebanon. The Syrian National Council on Tuesday accused the Lebanese authorities of failing to act, saying that “Syrians in Lebanon have been abducted by political parties and subject to arbitrary arrests by security agents, without the authorities so much as lifting a finger.”