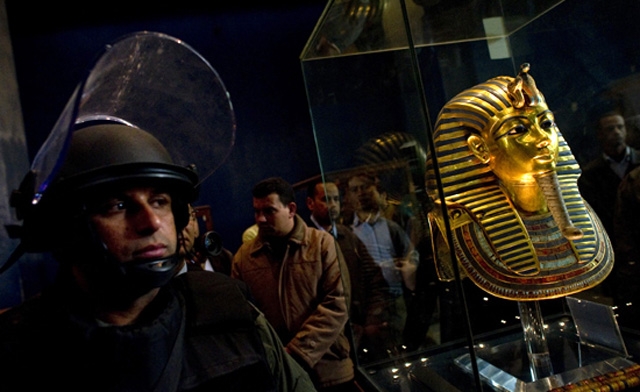 Ali’s sons Mohamed Gaber Abdel Moneim and Abu Bakr Abdel Moneim, who were caught in possession of drilling tools, were released on EGP 500 bail according to state newspaper Al-Ahram.

According to AP, residents in the area called police after hearing the sound of drilling coming from a house owned by the former MP. Gahlan is a member of the Salafist group Gama’a Al-Islamiya and was a member of Egypt’s parliament before it was dissolved.

Former Salafist lawmakers have been involved in several scandals this year. Former MP Ali Wanis was given a one-year suspended sentence for sexual misconduct. He was arrested in June when he was found performing sexual acts in a car with a 22-year old woman whom he claimed was his niece.

Anwar El Belkemy, who also served in Egypt’s last Parliament, resigned from Al-Nour Party when it was revealed that he had lied about getting a nose job. He had explained the bandages on his face by claiming that masked men assaulted him on the Cairo-Alexandria Desert Road and stole about EGP 100,000 in cash.

Controlling the unauthorised removal of ancient artifacts is an ongoing challenge for the state. In February, Mousan Khouli was arrested in the United States for smuggling Egyptian cultural property into the US and making a false statement to law enforcement authorities.

In the same month Egyptian police stopped a British couple at the airport from smuggling 19 artifacts out of Egypt, which they had recovered in Luxor.

In March ten people died when soil caved in on them while they were illegally digging for artifacts in Arab Al-Manasra, a small village north of Luxor.