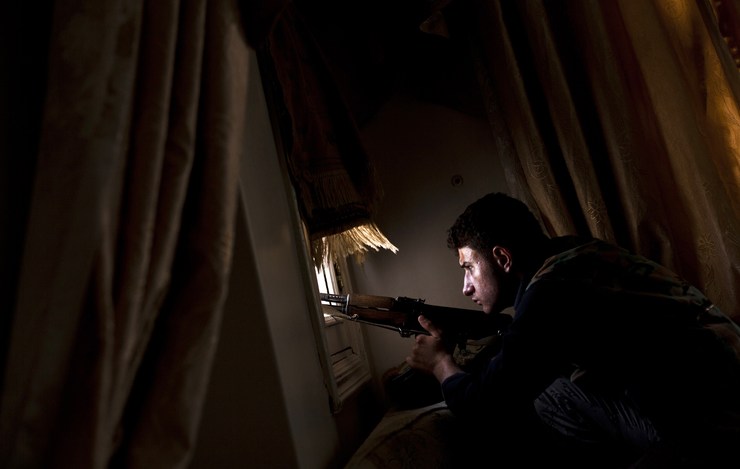 United States President Barack Obama emphasized possibly acting outside of the United Nations against Syrian President Bashar Al-Assad’s regime should it use chemical weapons. In some of his strongest language directed at the conflict in Syria, President Obama told reporters at a press conference on Monday, “We have been very clear to the Assad regime, but also to other players on the ground, that the red line for us is [if] we start seeing a whole bunch of chemical weapons moving around or being utilized. That would change my calculus. That would change my equation.”

The United States along with other nations has repeatedly condemned the actions of Al-Assad and provided humanitarian aid to Syrian refugees. However the international community has thus far sought a multilateral solution to the conflict via the United Nations.

President Obama’s comments were in response to remarks made by Syrian Foreign Ministry Spokesman Jihad Makdissi threatening the use of weapons of mass destruction if foreign powers tried to intervene in the conflict.

Russian Foreign Minister Sergei Lavrov fired back at Obama’s comments. “I commented several times on what happened in Syria. Any unilateral ideas towards Syria will not work,” he was quoted as saying by state-owned ItarTass News Agency, “Moscow is concerned about the fact that several external players said the Geneva agreement were outdated. It is necessary for everyone to realise that the need to agree with a consensus reached in Geneva.”

Security Council vetoes by Russian and Chinese delegates have prevented the body from a consensus to pressure Al-Assad to work towards an end to violence that has been concentrated in Aleppo and Damascus.

The war of words between nations came the same day as Japanese journalist Mika Yamamoto was killed in Aleppo. The 45-year-old reporter for The Japan Press was reportedly hit by gunfire while moving with the Free Syrian Army. She had previously travelled to Afghanistan and Iraq in 2001 and 2003 respectively to cover conflicts in those countries. The Japanese Foreign Ministry told the Associated Press that Yamamato’s body has been transferred to Turkey. The Syrian Observatory for Human Rights (SOHR) reported the disappearance of three other reporters on Monday.

According to SOHR 200 people were killed throughout the country on Monday, including 144 civilians.
Fighting and shelling raged on going into Tuesday in the northwest city of Aleppo killing nine civilians. Sustained clashes have also been reported in Damascus and the southern governorate of Daraa.

Newly appointed UN envoy to Syria Lakhdar Brahimi expressed hesitancy at making definitive statements about Syria and Bashar Al-Assad’s future before speaking with others about the matter, much to the chagrin of the Syrian opposition.”I am not in a position to say yet, because I was appointed a couple of days ago. I am going to New York for the first time to see the people who I am going to work for, and I am going to Cairo to see the Arab League,” Brahimi explained to the BBC on Monday, “I am committed to find a solution. Full stop. I am a mediator.”