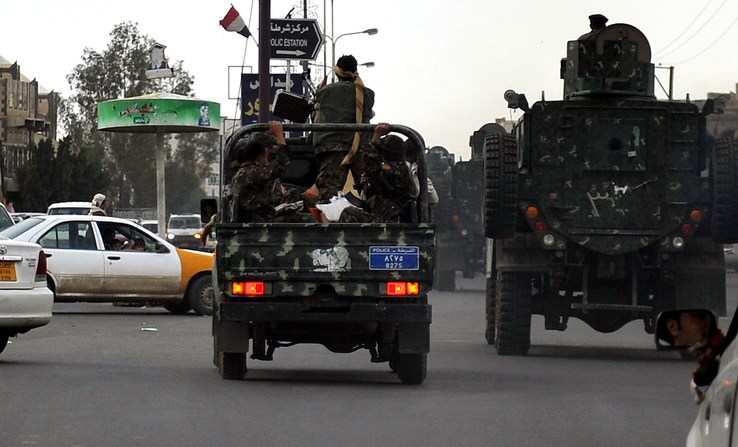 A gas pipeline was blown up in southern Yemen on Tuesday, about 171 km north of the port city of Aden. Yemen LNG Company made the announcement, adding that no one was killed in the blast, but that it did occur because of sabotage.

Yemen LNG Company is part of a consortium that owns the pipeline, along with companies from the United States, East Asia, and headed by French oil company Total.

It has been a difficult week for the French oil-giant in the Middle East. Iraq’s oil ministry recently threatened to kick Total out of the country if it keeps pursuing contracts with the government of Iraqi Kurdistan.

On Monday night, only hours before the pipeline bombing, Reuters reported militants opening fire on a state intelligence building that had been bombed two days before in Aden.

On Sunday Reuters reported both a suicide bombing in Abyan and a mosque shooting in Ad Dali. The week’s attacks, and the lack of clarity surrounding the attackers, underscore the potential for the disintegration of the Yemeni state. This is something the US is concerned with to the point that Fiscal Year 2012 will see the Department of State sending Yemen $47 million in security assistance on top of over $110 million from the Department of Defense, which sees Yemen as one of the front lines of their “war on terror.”