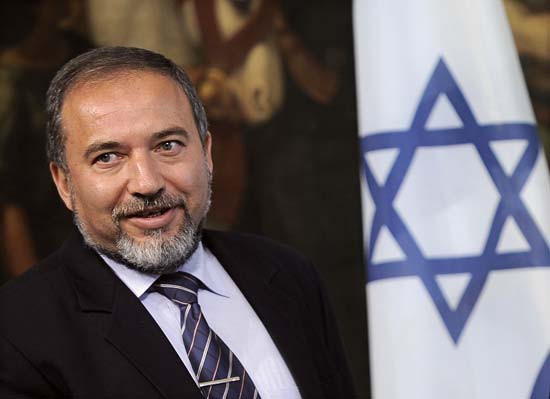 Israel’s Foreign Minister Avigdor Lieberman sent a letter to the representatives of the Middle East Quartet on Monday, urging the Quartet to force elections in Palestine in order to oust the current president of the Palestinian National Authority (PA), Mahmoud Abbas. In his letter, Lieberman accuses Abbas of being “uninterested or unable…to reach an agreement which would bring an end to the conflict.”

Lieberman claimed in the letter that the time had come to “consider a creative solution, to think outside the box, in order to strengthen the Palestinian leadership.” He went on to say that general elections within the PA should be held to allow for a “new, legitimate, hopefully realistic Palestinian leadership” to be elected.

Lieberman reinforces his view on Abbas’ unwillingness or inability to find peace by listing several “gestures” made by Israel to help strengthen the Palestinian state.

Unfortunately, according to Lieberman, reducing road blocks in the West Bank and employing more Palestinian construction workers in Israel has not yielded “any willingness or positive attitude on the part of the PA,” despite the many economic developments Israel has undertaken to aid Palestine.

In his letter, Lieberman accuses Abbas’ use of the settlement disputes in the West Bank to fuel international condemnation of Israel, which the international community “tends to accept this discourse, lock, stock and barrel, without criticism or a nuanced approach.” Lieberman views Abbas’ bellicose comments and attitude when dealing with Israelis and Palestinians as the major obstacle for peace.

According to Haaretz, a spokesman for Abbas, Nabil Abu Rudeina, said that Lieberman’s letter to the foreign ministers of the Middle East Quartet is “incitement” that brings on an “atmosphere of violence and instability.” Abu Rudeina demanded on behalf of the PA that the quartet reject Lieberman’s request. “Lieberman’s comments regarding elections in the PA constitute meddling in internal Palestinian affairs,” Abu Rudeina added.

The Middle East Quartet is comprised of the US, Russia, the European Union and the United Nations, in charge of mediating the Israeli-Palestinian peace process. The Quartet was established in 2002 to deal with the escalating crisis following the Second Intifada in 2000. At the time, the US and Russia were the key nations involved in finding a solution to the peace process, along with the Supranational EU and UN organisations