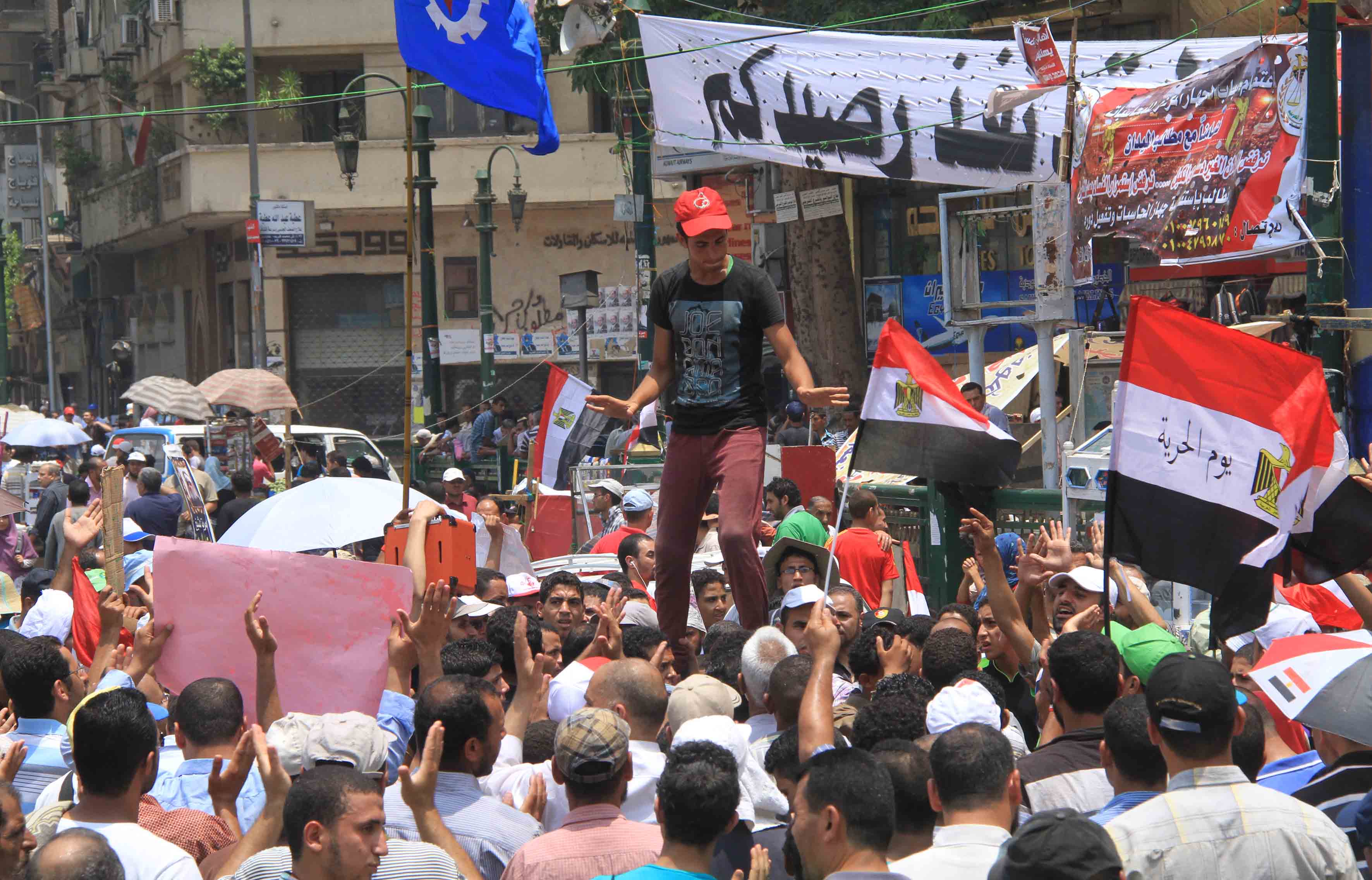 As the forces which have called for the planned 24 August “million man march”, or “revolution” as some of its founders prefer to call it, gear up for their big day, political movements and factions stand divided regarding their participation.

The Revolutionary Socialists movement, for one, is not participating in the Friday protests.

“We will not allow the old regime’s figures to manipulate us even if it were for the sake of standing against the Muslim Brotherhood,” Haytham Mohamadeen, member of the movement’s political office, said.

Mohamadeen added that the factions calling for the 24 August protests are anti-revolutionary groups who care nothing for the January uprising’s goals and are calling for their own revolution in a strictly “opportunist” manner.

“Those are the same groups which rallied against us on 2 February 2011, at the battle of the camel,” Mohamadeen explained, referring to the incident during the 18-day January 2011 uprising which left a number of protesters killed after being attacked by civilians on camels and horses.

The April 6 movement’s Democratic Front also announced that it will not participate in the 24 August protests. Through a statement released on their official Facebook page on Wednesday, the April 6 movement also said they do not unconditionally support President Mohamed Morsy, nor do they support the Muslim Brotherhood.

“We disagree with the Muslim Brotherhood in their political methodology as well as their means of solving problems, yet that doesn’t mean we have the right to burn Brotherhood members, their headquarters or order their exile,” the statement read.

However the April 6 movement confirmed their respect for freedom of expression and voicing opposition as long as protestors do no harm.

Similar sentiments were echoed by the Revolution Youth Union, who also released a statement on Wednesday cited by state-owned Al-Ahram portal, saying they will not take part in the planned protests.

“It is completely inappropriate for us to join members of the counter-revolution who are calling for the return of the Supreme Council of Armed Forces (SCAF) and the old regime,” the statement read, explaining the difference between calling for the toppling of a corrupt regime and calling for its return.

Meanwhile, the Coalition for Egypt’s Copts announced their planned “peaceful” participation in the protests.

“We aim at solidifying the civil characteristic of Egypt, which is neither military nor theocratic, as well as separating the Muslim Brotherhood’s action from that of the president,” Fady Youssef, founder of the coalition, said.

“It is not our goal to topple president Morsy,” Youssef said. “He should have the opportunity to prove his efficiency.”

For its part, the Ministry of Interior put the onus on maintaining security at the protest on its organisers, as it has repeatedly done with previous protests, according to independent daily Al-Shoruk. However, the ministry also vowed to firmly address any lawbreaking.

Mahmoud Ghozlan, official spokesperson for the Muslim Brotherhood, told the Daily News Egypt that members of the Brotherhood would not take responsibility for protecting the Brotherhood’s headquarters or the presidential palace themselves.

“It is the security officials’ responsibility, not ours,” Ghozlan said. He nevertheless confirmed that Brotherhood members are always ready to protect their headquarters if needed.

“I expect the protests to be scanty and fragile,” Ghozlan told the Daily News Egypt. “Just a couple of chants, no more.”