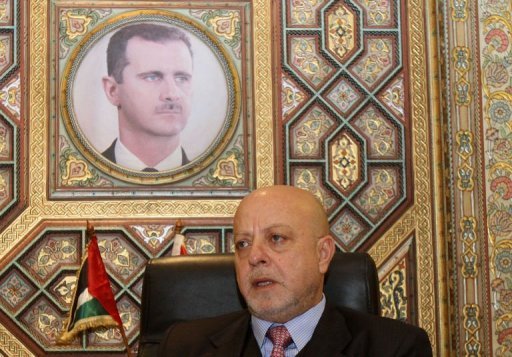 Beirut (AFP) — The Syrian economy has been hit hard by more than 17 months of revolt but may still hold on despite international sanctions with the help of friendly countries such as Russia, Iran and Iraq, experts say.

All economic indicators in Syria, where President Bashar al-Assad is trying to crush an uprising against his rule, are in the red: the economy is contracting, inflation rates have skyrocketed, unemployment has risen and the current account deficit continues to increase.

“The economy is out of breath. It is degrading slowly but surely, a reflection of the gradual loss of government control,” said Jihad Yazigi, the director of online business news service The Syria Report.

The Economist Intelligence Unit (EIU) said in a report released in July that it expects Syria’s real gross domestic product (GDP) to shrink by over eight percent in 2012.

Another study, by the Institute of International Finance, projected that Syria’s real GDP would contract by between 14 and 20 percent in 2012, due to declining agriculture production, dwindling investment, and a fall in exports due to violence and European sanctions.

Prices increased by 32.5 percent from May 2011 to May 2012, and 15.4 percent since the beginning of the year, according to official Syrian statistics.

And things could get worse.

“The fighting in recent weeks in Aleppo and Damascus will increase inflationary pressure as the two cities are very important centres of production,” Yazigi said.

Government revenue is down by 40 percent, while spending has increased by 20 percent in two years.

And experts estimate that tourism and oil revenue lost due to the violence at $5 billion, while reconstruction could cost $10 billion

“The Syrian economy is running at 30 percent capacity and the banking system is a shadow of what it was a year ago as the state banks are under international sanctions and the private institutions are idling for caution,” said a European economist who recently left Damascus for Beirut.

Syria’s currency has fallen by 50 percent against the dollar in 17 months despite two sales of gold and silver by the central bank reportedly worth $3 billion, according to the economist, who did not want to be named.

At the beginning of August, Al-Watan daily, which is close to the Syrian regime, quoted Damascus Chamber of Commerce member Sonia Khanji as saying that 30 percent of Syria’s small and medium business had closed, resulting in higher unemployment, which stands at about 25 percent.

“Syria is in a state of war, the government should make more consistent efforts to revitalise” the country, Khanji told AFP, calling for budgetary, fiscal and monetary measures to face international sanctions.

However, economists say that the Syrian economy will not imminently collapse.

“This is a survival economy, a war economy and the country can continue to plod along for a long time as it tends to live in isolation and dramatically reduce its imports, with the exception of weapons,” a Lebanese banker said.

“Syria will increasingly look to Iran and its allies for financial support, as well as seeking alternative trading routes — Iraq, for example, is likely to become an increasingly prominent trade partner,” the EIU said, adding that Russia and China are likely to prevent a further tightening of sanctions.

And Yazigi said that “the recent deal… with Russia and the soft loan of $1 billion recently received from Iran, if confirmed, show that authorities are not necessarily short of solutions.”