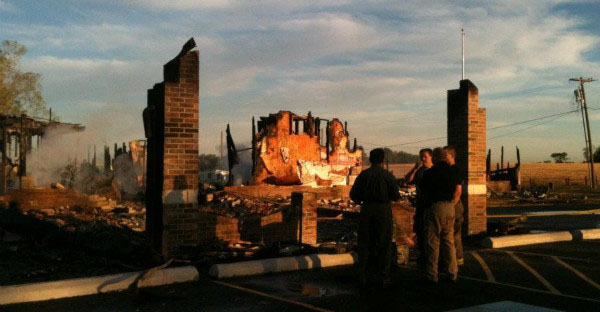 Earlier this month, Joe Walsh, a Republican member of the US House of Representatives, spoke to a crowd in the US state of Illinois about the “threat” of Islam.  “There is a radical strain of Islam in this country.  It’s not just over there, trying to kill Americans every week.  It is a real threat.  It is a threat that is much more at home now than it was right after 9-11.  It’s here.  It’s in Elk Grove.  It’s in Addison.  It’s in Elgin,” he said, referring to three suburbs in Chicago.

Youtube videos show Walsh, an exceptional speaker who looks comfortable with his constituents, continuing, “I talk to high school students a lot and I say this, ‘It’s not a matter of if another 9-11 happens, it’s a matter of when.'”

Congressman Walsh’s words came just days before the AP reported on recently released court data in which the New York Police Department (NYPD) admits that six years of spying on American Muslims never yielded a single lead to stop terrorism.  The court data is part of an investigation into whether or not the NYPD’s “Special Service Division” violated regulations against spying on religious or political groups.

A special unit called the Demographics Unit created databases of where Muslims in the United States lived, worked, and shopped.  The police then placed spies in mosques and in Muslim student groups.

Despite the fact that all of that spying came to naught, places where Muslims gather are still under threat in the US.

This Ramadan saw six acts of violence at different Islamic schools and places of worship in the United States.

As a gross footnote, pig feet were thrown onto the building site of a new mosque in California.

Imam Hassan Ahmed, Director of the Grand Mosque in Oklahoma City, told the Daily News Egypt that his community was not overly frightened in the wake of the attack on their mosque.  He stated that Oklahoma is a diverse and tolerant place and pointed out that the community has seen much more challenging times, mentioning the 1995 bombing of the city’s Federal Building.

“But we are vigilant, we cannot be naïve,” Imam Ahmed clarified.  He says that there are new security measures in place, there is increased communication with local police, and all visitors need identification to enter the mosque.  “Then we talked to the community and encouraged them to be proud Muslims and to return to the mosque.  We have the right to practice our religion just as everyone in America does.  We should come [to the mosque] even more than we used to.”  And they have.  Imam Ahmed said that during Eid prayers, worshipers came in record numbers.

Topics: Islamophobia Muslims in the US NYPD spying on Muslims Spying