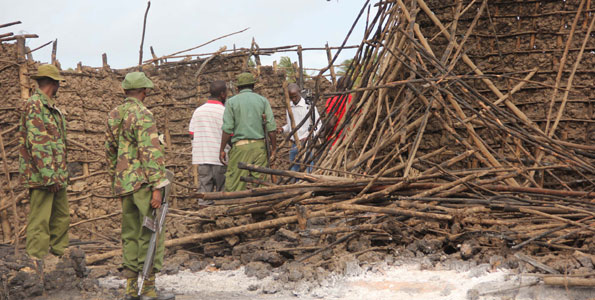 Two rival communities in southeast Kenya met for peace talks on Thursday following a massacre that killed 52 in ethnic clashes between the Pokomo and Orma peoples this past Tuesday.

According to the AFP, at least 31 women and 11 children died in the massacre. Most of them were killed with machetes or were burned alive as members of the Pokomo community burned their huts. The violence is believed to be retaliation to Orma herdsmen killing three Pokomo villagers one week ago.

The attack occurred in the Reketaarea of the Reketa region of the Tana River District, near the southeast coast of Kenya.

The two tribes have historically clashed periodically, mostly due to disputes concerning water and land resources. The Pokomo people predominantly raise crops and fish along the Tana River, while the Orma shepherd cattle.

Police rushed to the scene of the conflict to diffuse the situation. “The deaths occurred when Pokomos attacked the Ormas in the area. It is a bad scene and officers have been dispatched there to ensure no more deaths and destruction of property,” said Coast Deputy police head Robert Kitur according to independent Kenyan newspaper The Standard.

This bloodshed is the worst Kenya has seen since the violence following the turmoil after the 2007 presidential elections that left an estimated 1,500 Kenyans dead.