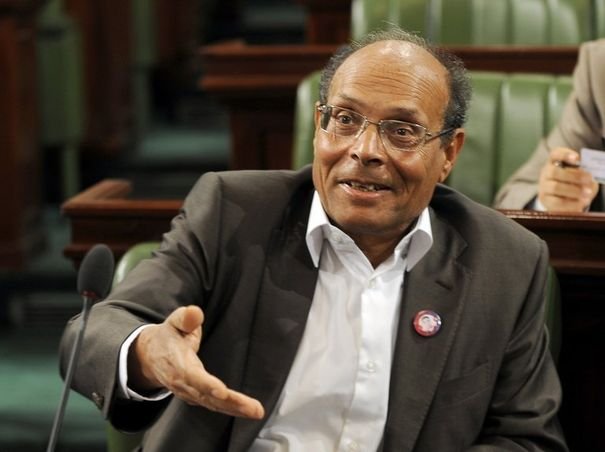 Tunisian President Moncef Marzouki spoke Saturday to address fears that the revolution’s aims have been subverted. In the process he launched an attack on the leading party in the country’s National Constituent Assembly (NCA) and affirmed his commitment to women’s rights.

According to the President, the moderate Islamist Ennahda Party, which holds over 40 percent of the seats in the NCA, is “trying to take control over the country’s political and administrative institutions by appointing their allies who may or may not be qualified in them, which reminds us of the previous era.”

The statement was made in an address to his party, the liberal Congress of the Republic, and was read by his adviser.

However Marzouki praised the work of the ruling coalition formed by the three political parties including his own, the Ennahda Party and the Leftist Democratic Forum for Labour and Liberties. The coalition is admired by Arab countries for its efforts to achieve the common goals of the revolution he said, and is responsible for preventing “a political crisis which no one knows how it would have ended up.”

The President also affirmed his commitment to women’s rights, in response to protests in Tunis against their proposed treatment in the constitution currently being drafted by the NCA. The proposed draft describes women as “a compliment” to men in the family.

“It is the duty of the members of the constituent assembly to wholly ensure the human rights in general and women’s rights specifically and to clearly address women in the constitution without any kind of deviation,” Marzouki said.

The President rejected describing women as a compliment to men. “Equality is either full or it isn’t equality, if you only take little of it, it becomes lacking or phony equality,” he said.

Tunisia’s future success depends on strengthening ties with neighbouring Arab Maghreb countries, Marzouki said. “I dream of a unified Maghreb zone where all citizens of the Maghreb are allowed free travel, work, settling down and investment.”