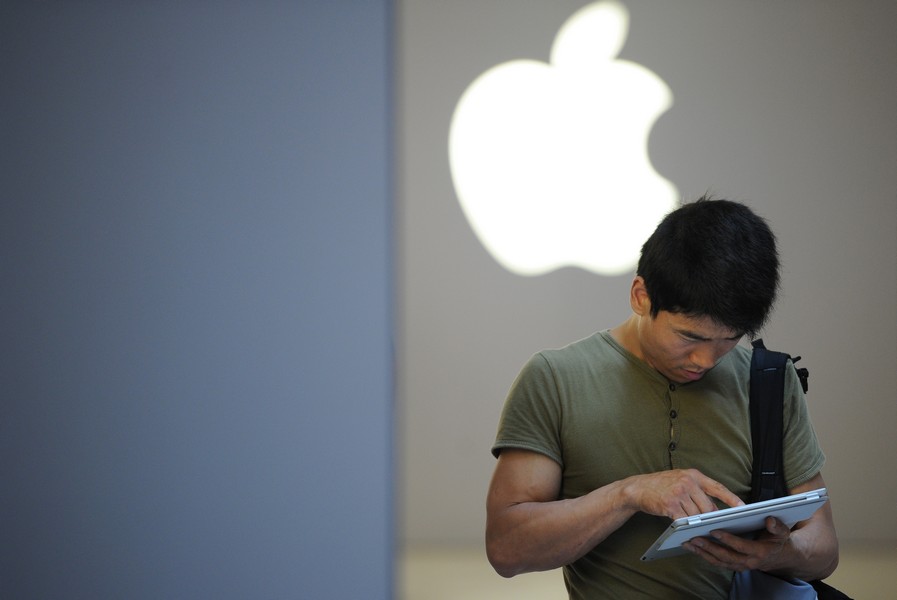 Washington (AFP) — Apple’s decisive victory in a landmark US patent case against Samsung could reshape the hot sector for mobile devices and slow the momentum of Google and its Android system, analysts say.

Apple won more than $1 billion in the case Friday, after a California jury found the South Korean electronics giant infringed on dozens of patents held by the iPhone and iPad maker.

Although Google was not a party in the case, it makes the Android operating system which was central to the case — a system which Apple’s late co-founder Steve Jobs called a “stolen” product.

Apple has been battling as Samsung and other manufacturers of the free Android system eat away at its market share in the sizzling market for smartphones and tablet computers.

“I think this will force a reset on Android products as they are reengineered to get around Apple’s patents,” said Rob Enderle, a technology analyst and consultant with the Enderle Group.

But Enderle said other companies may benefit from the decision, including Microsoft, which has been lagging in the mobile sector, and Blackberry maker Research in Motion, which has been hit hardest by the rise of Android devices.

The court ruling, said Enderle, “should provide a stronger opportunity for both of Microsoft’s new platforms — Windows 8 and Windows Phone 8 — because they come with indemnification against Apple, suddenly making them far safer and possibly a faster way to get product to market.”

The decision also “will make RIM far more attractive as an acquisition because RIM’s patents are thought to be strong enough to hold off Apple,” Enderle said.

“Both Samsung and Google may make a play for the company, and both Microsoft and Apple may move to block them.”
In recent months, Android devices have grabbed more than 50 percent of the US smartphone market to around 30 percent for Apple, while RIM’s shares have slid to around 12 percent.

The patents at play include software such as the “bounceback” feature for smartphone users when scrolling and pinch-zooming, which are featured on Android devices.

“The jury essentially concluded that Samsung is a reckless copycat and, since some of the infringement is Google’s responsibility, basically agreed with Steve Jobs’s claim that Android is a stolen product,” he wrote on his blog.

Still, a lot hinges on what happens next in court, with the case likely to be tied up in appeal for some time.

Judge Lucy Koh set a September 20 hearing where she will consider whether to overturn or modify the jury verdict, whether to impose “punitive” damages which would triple the award and whether to issue injunctions against Samsung.

A critical factor will be whether Apple will be able to obtain a permanent injunction, or halt in sales on infringing Samsung devices, and whether this would be enforced during the appeal.

Dennis Crouch, a University of Missouri patent law specialist, said the judge will have broad discretion.

“Some courts have issued broad injunctions that essentially say ‘stop infringing the patent,’ others issue much more narrow orders directed only toward the particular products that are adjudged to infringe,” Crouch said on his blog.

“The reality is that Samsung has been planning for the likelihood of injunctive relief and is surely ready to stop selling any of the infringing products and replace those products with ones that at least have not yet been adjudged as infringing.”

This could lead to more legal battles, since Apple has another lawsuit pending on Samsung’s newer handheld devices.

Samsung has pledged to keep fighting the case, and said that if it stands “it will lead to fewer choices, less innovation, and potentially higher prices.”

Samsung called it “unfortunate that patent law can be manipulated to give one company a monopoly over rectangles with rounded corners, or technology that is being improved every day by Samsung and other companies.”

Analysts say that aside from Samsung, Google could be the big loser, especially if Apple pursues its litigation against other manufacturers.

“Google cannot stop Apple. It is now on the run and will have to scramble to make software changes to Android,” Mueller said.

“In a few years, the San Jose jury verdict may — I repeat, MAY — be remembered as the tipping point that sent Android on a downward spiral.”