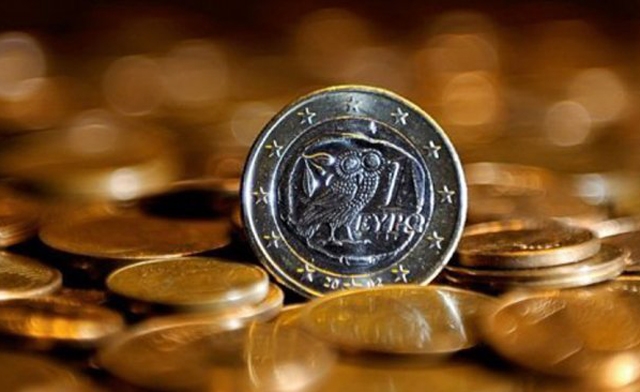 Brussels (AFP) — Is the eurozone locked into a prolonged recession set to run through 2013, or do the latest economic data indicate the currency area is turning a corner? Keenly-watched growth statistics or indicators are increasingly being interpreted as evidence austerity pain is starting to deliver long-term gain.

With at least an outside chance that the region’s jobless could cross the threshold of 18 million when up-to-date unemployment figures are issued next week, it might seem like an odd time for analysts to pose that question.
Like the eurozone’s political leaders, they are to an extent divided.

Late-August has seen the European Union announce that eurozone growth slipped back into reverse over the second quarter of 2012, with a 0.2-percent contraction — but that the currency area also logged a record trade surplus (14.9 billion euros, or $18.4 billion) and bumper cash earnings from exports (12.7 billion euros) in the latest figures for June.
Subsequent commercial surveys of private business activity also gave mixed signals, with a seventh monthly decline in a row in August marked by the rate of contraction gathering pace in Germany — while easing in France.

Rob Dobson of research firm Markit said the latest snapshot from its regular Purchasing Managers Index (PMI) implied that the eurozone was facing a 0.5-0.6 percent drop in eurozone gross domestic product (GDP) for the third quarter.
That would meet the widely accepted definition of recession, two successive quarters of economic contraction, and Dobson warned that “it would take a substantial bounce in September to change this outlook.”

He said Germany’s “export engine has slammed into reverse gear,” despite what Julian Callow of Barclays called a “significant depreciation” in the euro’s effective exchange rate, an annualised eight percent when measured against a trade-weighted index.

Slowing Chinese imports holds the key on that front despite sharply improved export performance over the past year for weaker Mediterranean economies, and Julien Manceaux of ING Bank said the PMI data “confirms that the decline in eurozone GDP in the second quarter is likely to be the first leg of a technical recession.”

More and more of these number-crunchers, though, say a way through the crisis maze is opening up.

Christian Schulz of Germany’s Berenberg Bank says the data pattern confirms that “by tackling internal imbalances through structural reforms and front-loaded austerity, the 17 (eurozone) countries are becoming more competitive on the global stage.

“Exports are the ultimate yardstick,” he said, and while “the weaker euro and lower commodity prices” boosted performance, he stressed “additional reasons for the success: austerity, unemployment and deleveraging have reduced demand for imports in many crisis countries.”

Schulz argued that better growth figures in the United States and Japan stemmed from their relying, like Britain, “on their central banks to stimulate the economy and postpone painful adjustments.”

Colleague Holger Schmieding has gone further, stating that under the sort of “tough love” advocated by the European Central Bank, “we may be witnessing the birth pains of a stronger, more coherent and more dynamic economic and political entity in Europe.”

Marie Diron of Ernst & Young Eurozone Forecast said that the PMI data “supports our view that, while probably shrinking further, the eurozone economy is not falling off a cliff.”

She highlighted better results in the manufacturing sector.

“However, the correction is at best only half-way complete,” its economists cautioned, urging unwavering discipline in the “unwinding” of “accumulated vulnerabilities” it blamed not on governments, but on “private sector overspending, which was itself financed by core countries’ capital flows.”

If Greece does leave the eurozone some time next year, as tipped by the likes of IHS Global Insight and Capital Economics, that too will be seen by these harder-line observers as the eurozone getting leaner and fitter for the challenges ahead.

Even in non-euro Britain, influential commentators are pressuring the Conservative-led UK government in London to follow Germany’s lead.

Finance minister “George Osborne is studying what Germany got right,” a key Daily Telegraph columnist wrote on Friday, highlighting “‘mini-jobs’ contracts that allow a worker to earn 400 euros a month tax-free on the condition that they can be sacked at any moment.”

The newspaper predicted short-term pain if Osborne voluntarily takes the same medicine prescribed to the eurozone periphery — but also general election victory in 2015.