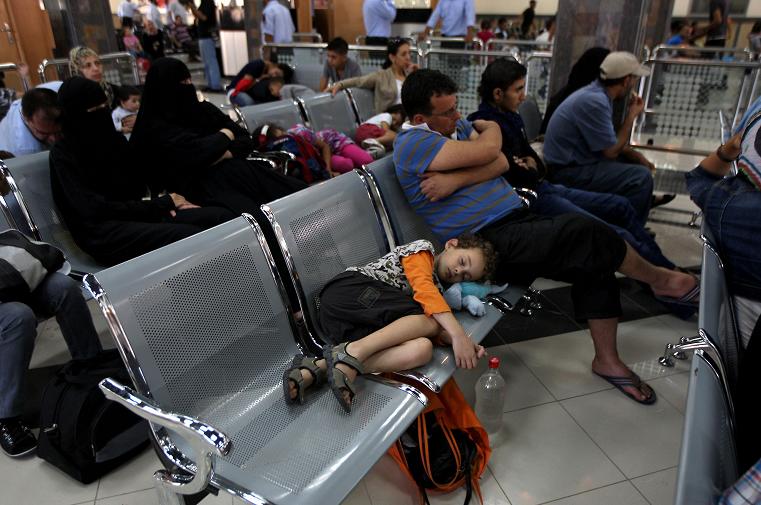 Reuters reported an interview with the spokesman for the Interior Ministry in Gaza, Ehad Al-Ghsain, who claimed Egypt had informed Hamas that the “Rafah border crossing would open all days of the week, without more details.”

Etman confirmed that only pilgrims and those needing medical treatment outside of Gaza will be able to cross. On average, 800 people a day made use of the crossing when it was open under calmer conditions. Many Gazans make their way to Saudi Arabia on their pilgrimage to Mecca and Medina. Upon their return, Palestinians must either traverse the Rafah crossing or fly indirectly to Israel.

In an attempt to curb the use of illegal tunnels running between Gaza and the Sinai, security forces have begun demolishing dozens upon dozens of such tunnels. Gaza relies heavily on these tunnels for vital and luxury goods, as well as arms and ammunition.

According to Etman, due to the attack on 5 August the security presence will be higher than before and trade goods will not be allowed through. Etman agreed that the closing of the tunnels and restrictions on trade goods through the border would be disastrous for Gazans but believes that the border could be fully opened within a few months should the army maintain stability in the region. “Compared to Gazans, there are few Egyptians that rely on the trade generated by the tunnels and benefit from having the border open,” Etman explained. “The border crossing will not be open for trade now but I am hopeful they will be in a few months.”

Before the deadly attacks three weeks ago, Egypt’s President Mohamed Morsy held talks with both Hamas and Palestinian Authority officials, signalling a departure from his predecessor’s policies on the Palestinian issue. Under former President Hosni Mubarak, Egypt supported and reinforced Israel’s decision to impose sanctions and blockade the Gaza Strip since Hamas came to power in 2007. Relations between Egypt and Gaza were seen to be improving until the 5 August attack reversed much of the progress made in talks.

Hamas has consistently denied the involvement of Gaza-based gunmen in the attack, saying that Egypt was exerting unfair and collective punishment. Since the attack, Egypt has mobilized an unprecedented number of security forces and military hardware into Sinai, contrary to the limits set by the Camp David Accords, which brought an uneasy end to the three-decade long state of war between Egypt and Israel in 1978.