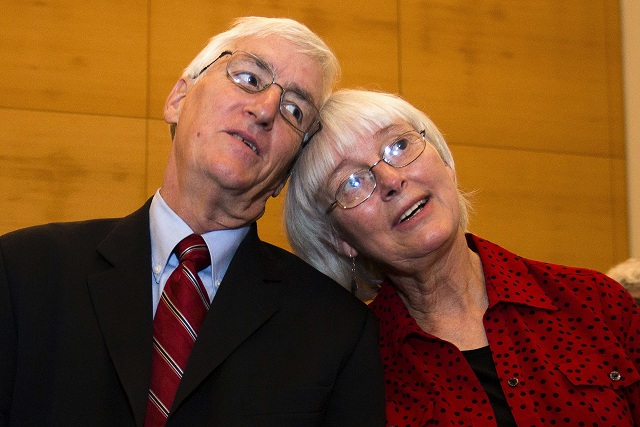 On Tuesday Israeli courts brought an end to a nine year investigation into the death of an American activist who was killed at the height of the second intifada in 2003 by an Israeli army bulldozer. Rachel Corrie was protesting the destruction of Palestinian homes in Gaza when she was swept under the bulldozer’s blade.

According to the verdict delivered yesterday, the operator of the bulldozer could not see Corrie when she was swept under and the state of Israel was not at fault. At the time of her death, Corrie was 23.

Corrie had been protecting terrorists in a designated combat zone, the presiding judge ruled. Her mental faculties were also questioned when the judge, Oded Gershon, claimed that Corrie “did not distance herself from the area, as any thinking person would have done.”

The judge ruled that the state would not have to pay for damages, though the family had requested only nominal damage of one dollar. The dollar claim was a symbolic attempt for accountability from Israel, which consistently denied any wrong-doing in the case.

Corrie’s family was disappointed by the ruling, accusing the government of shielding their troops from blame. Corrie’s mother said in a press conference that it had been clear to them since the beginning that “there was a process of investigation” which “extends through the court system in Israel” intended to “protect the Israeli military, the soldiers who conduct the actions in that military, to provide them with impunity at the cost of all the civilians who are impacted by what they do.”

The family’s lawyer has said they plan to appeal the ruling to Israel’s Supreme Court.

Corrie was a member of the International Solidarity Movement (ISM), a group which advocates for non-violent protests against the Israeli army to aid the Palestinian cause. The eyewitness reports provided by ISM members and several Palestinians who were present state that Corrie should have been visible to the driver, as she stood atop a growing mound of rubble in front of the steadily advancing bulldozer’s blade with her shoulders well above the blade.

Corrie first gained attention at the age of ten, when her fifth grade class did a project on the state of the world’s children and presented it at the state capitol. The event was filmed by a local TV station, showing the then 10-year-old Corrie delivering a speech. “I am here for other children,” she said. “I am here because I care.” Years later, Corrie became involved with the ISM, running events in her hometown of Olympia in Washington State.

Corrie’s death sparked a tide of criticism towards Israel. Eli Sanders, a 2012 Pulitzer Prize winning journalist, spoke to an ISM member present at the time. The member, Joseph Carr, told Sanders that the spirit she died for was worth a life. “This idea of resistance, this spirit of resisting this brutal occupying force, is worth anything,” he stressed. With so many Palestinians giving their lives for the cause, Carr believed that the life of a foreigner “is more than worth the spirit of resisting oppression.”