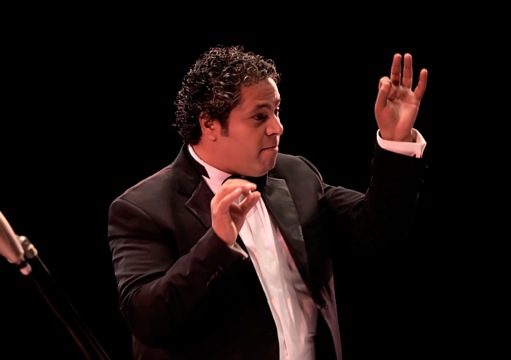 The Citadel Music Festival for Music and Singing will begin on 29 August and will feature concerts at both the Cairo Opera House and the Citadel. It is the 22nd edition of the festival and it will last until 5 September.

The festival is one of the most significant and oldest events organised by the Cairo Opera House and is an important cultural event that will give many opportunities for a diverse group of local artists to showcase their talents.

The opening ceremony will include a concert by the Cairo Celebration Orchestra conducted by Tarek Mahran. The concert promises to contain world famous excerpts from musical like Les Misérables, The Phantom of The Opera, The Sound of Music and La Bohème as well as famous pieces made famous by Andrea Bocelli and Pavarotti, among others. Mahran believes that this makes the festival more accessible than ever before. “Even for the illiterate,” he added laughing, “we want everyone to appreciate the music and the art. We want to show that this is art in its highest form,” while stressing the important role art has to play in Egyptian society.

On the importance of the festival, Mahran had this to say: “The festival is of crucial importance because it is now one of, if not the only, cultural event that is a portal from the artistic towers to the bottom of society. It reaches people who need to be nourished by art, who are thirsty and are finally provided with water.” This beautiful image certainly indicates the overall vision espoused by the festival.

Mahran told The Daily News Egypt that the unprecedented number of artists and the coverage by 20 television stations, three of which will be airing the opening live, presented a welcome challenge, as well as some pressure, for the event.

The event programme includes several highlights including famous artists Loay and Ali El Haggar, as well as bands like Eskenderella and Basata, to name a few. The diversity of the programming is shown by the scheduled musical evening of poetry by Gamal Bekhiet. The festival will showcase the talents of many others who may only be familiar to seasoned Opera House attendees, and the complete line up will almost certainly impress audiences.

The successful festival has been running for a long time and preparations for this year include an increase in seating as well as services such as making bathrooms at the Citadel venue more accessible, said Mohamed Monir, an Opera House spokesperson. “The seating has been increased by about 1,000 seats and tickets can now be purchased on location in the Citadel without people having to go to the Opera House,” he explained. Monir stressed the Opera House’s emphasis on order and discipline to ensure everyone can enjoy the shows.

The event will be hosted in both the Opera house and the Citadel with some concerts taking place at the same time. The decision to use these culturally significant, and in the case of the Citadel, historic, venues is likely to bring about some much needed attention to the dilapidated state of both Egypt’s culture scene and its monuments.

Tickets can be bought at the Citadel and the Opera House’s tickets office respectively. Interestingly, the Citadel venue will offer free transportation from the Citadel gates to the theatres inside; a welcome move that will make it easier to navigate the terrain of the historic venue as well as provide some incentive for the reluctant. The programme can be found easily online and tickets will set you back about EGP 5 per concert, a very fair price for the sheer number of artists and the breathtaking venues that are sure to impress.