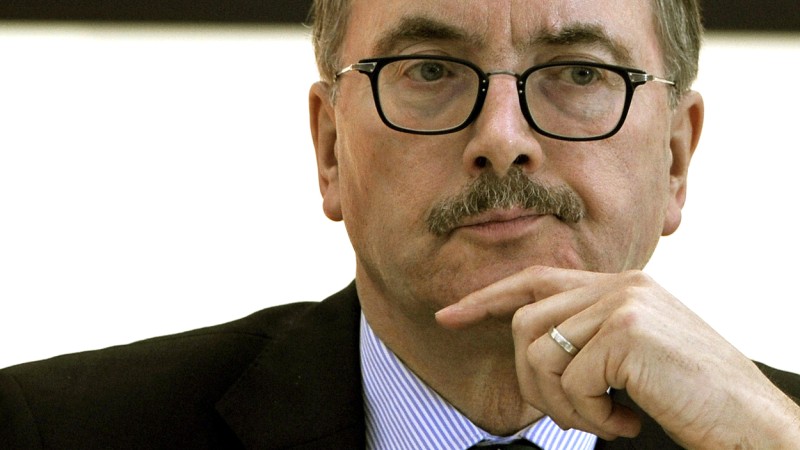 Frankfurt (AFP) — As financial markets take bets on what the European Central Bank’s new set of anti-crisis measures will look like, leading German figures expressed concern Tuesday that the ECB could be overstepping its mandate.

Juergen Stark, who resigned last year as the ECB’s chief economist, hit out at the fire-fighting role that the ECB has chosen to adopt under its current president Mario Draghi and his predecessor Jean-Claude Trichet.

Stark, who quit the ECB’s executive board at the end of 2011 in protest over a programme of buying up the sovereign bonds of debt-wracked eurozone members, warned that the central bank’s “panic-fuelled and hyperactive measures” were having “negative effects for the credibility of and confidence in the bank and the currency.”

The ECB was treading a “very dangerous path” in “allowing its independence to be eroded by politicians,” Stark wrote in a front-page article for the business daily Handelsblatt.
Stark said the bond-buying programme was effectively monetary financing — where the central bank prints money to pay off a country’s debt — something expressly forbidden under the ECB’s statutes.

“The ECB has absolutely no democratic legitimation” for such a measure, Stark argued.

“The ECB cannot interfere with the markets on a lasting basis or even replace the bond markets completely. If it does, it will make itself completely dependent on politicians and exiting these measures would be extremely difficult,” he insisted.

The ECB launched its bond-buying blitz under the Securities Market Programme (SMP) in 2010 to help debt-wracked eurozone countries that were finding it difficult to drum up financing in capital markets.

The programme was controversial from the start, with critics saying it was outside the ECB’s mandate. In addition to Stark, another German central banker, Axel Weber, also quit as Bundesbank president in protest over the practice.

Earlier this month ECB chief Mario Draghi said the central bank “may” resume bond purchases, but only under strict conditions that are still in the process of being worked out.

Financial markets are speculating that Draghi will unveil the details of the new programme at the ECB’s next policy meeting on September 6.

Draghi, who had been scheduled to attend the US Federal Reserve’s Jackson Hole gathering of central bankers later this week, has pulled out due to a heavy workload, a spokesman said.

Ever since the start of the crisis, the ECB has been seen by many as the sole institution in Europe capable of acting quickly and effectively enough to extinguish the crisis fires.

It has brought eurozone borrowing costs down to a new all-time low of 0.75 percent and also pumped more than 1.0 trillion euros ($1.25 trillion) into the banking system to avert a looming credit crunch.

But with no sign of an end to the crisis, the heat is on the bank to don its fire-fighter’s helmet once again.

Another vocal opponent of the programme is Bundesbank chief Jens Weidmann who, in an interview with Der Spiegel magazine this week, saw the SMP as dangerous, warning countries could get “hooked” on the intervention “like a drug”.

“For me such a policy comes close to financing states with the printing press,” Weidmann said.

“The manna from central banks will forever sharpen greed,” the Bundesbank chief said. “One should not underestimate the danger that financing by central banks can get one hooked like a drug.”

Unlike Draghi, Weidmann will be taking part in the Kansas City Federal Reserve’s annual retreat in Wyoming.

Not everyone in Germany is opposed to the anti-crisis measures, however, and ECB executive board member Joerg Asmussen insisted the central bank will stay within its mandate and intervene on the secondary debt markets only in conjunction with European Union rescue funds.

“We will act within the framework of our mandate,” Asmussen said in a speech Monday, while insisting on the “complete independence” of the ECB.