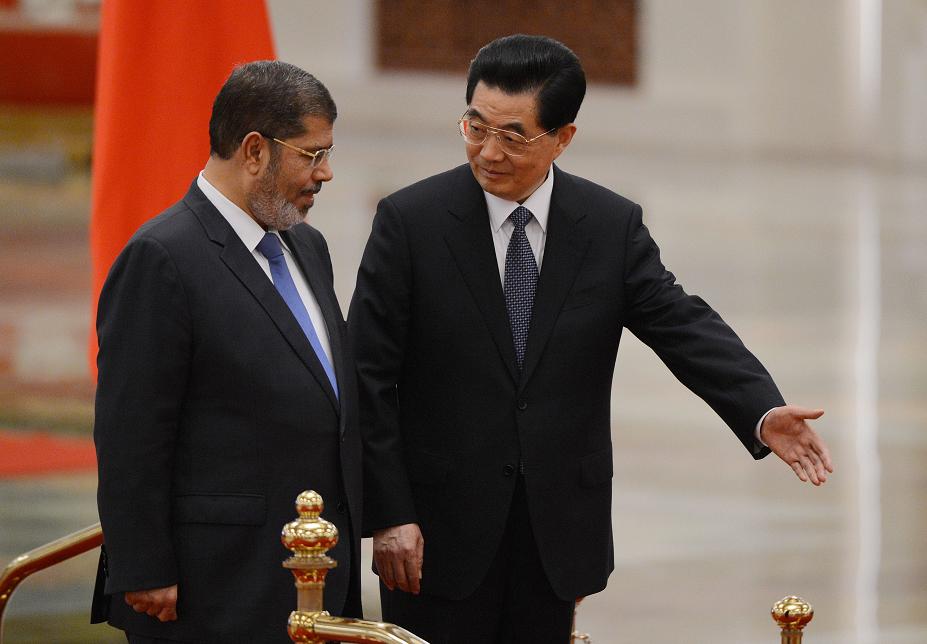 President Morsy’s visit to China has been quite fruitful thus far. Seven co-operation agreements for major projects have been signed between the two nations that target boosting Chinese investment, including industrial and technological development projects.

The meeting of President Morsy and his Chinese counterpart, Hu Jintao was held at the Great Hall of the People in downtown Beijing after which the Egyptian delegation, comprised of seven ministers and many Egyptian businessmen, signed a $200 million loan to be used in investment projects.

Additionally, China granted Egypt a non-refundable grant worth $70.31 million and 300 police cars to be used for mutual infrastructure, construction of power plants and environmental projects.

The new agreements focus on enhancing mutual understanding and co-operation between the two countries in various fields, which include agriculture and exportation of agricultural technology, environment, telecommunication and internet development and tourism.

Hassan Malek, the head of the team of businessmen accompanying Morsy, said during a dinner banquet in honour of Egyptian businessmen, held Monday, that Egypt is targeting to increase Chinese investment from $500 million to $3 billion. Hatem Saleh, Minister of Industry and Foreign Trade, said that the Egyptian delegation aims at signing eight co-operation agreements with the Chinese government.

The Egyptian government has been struggling to tackle its ailing economy, which government officials and business community leaders reiterated on several occasions. The need to boost foreign and domestic investments as well as promote economic ties with foreign partners, especially with China.

According to the Egyptian government’s latest figures, the volume of trade exchange between Egypt and China rose to $9 billion, broken down to $7.5 billion of Chinese exports to Egypt and $1.5 billion Egyptian exports to China.