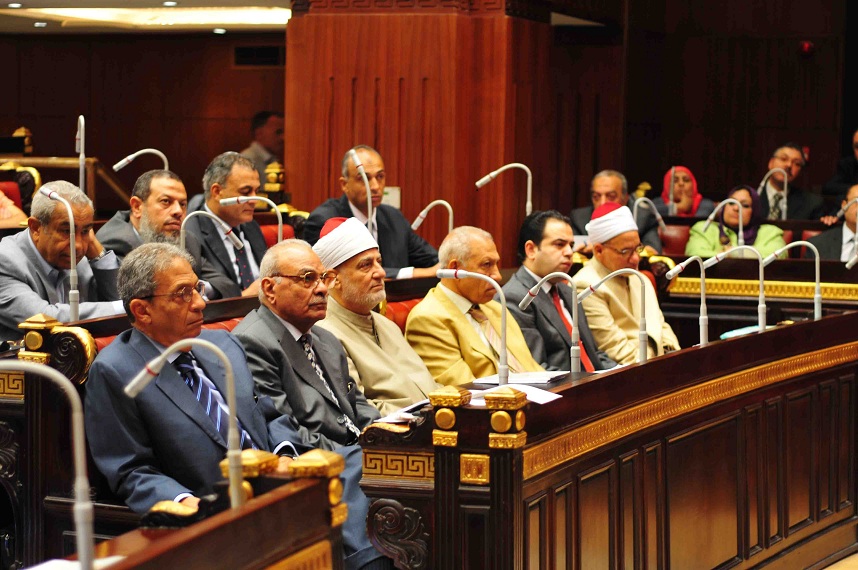 The President will be able to declare war after gaining Parliament’s approval, rendering the National Defence Council and the military’s opinions merely advisory, according to the system of governance committee of the Constituent Assembly tasked with drafting Egypt’s new constitution.

The committee has debated for several weeks whether or not the President should require the approval of the National Defence Council and the Supreme Council of the Armed Forces (SCAF) before declaring war, or if Parliament’s approval is enough.

The original article 85 in the 1971 constitution made no mention of the NDC or SCAF and only required the President to seek the approval of the People’s Assembly, the lower house of Parliament.

According to committee member Nour El-Din Aly, the committee finally decided to maintain the same provisions, but added a clause in the article requiring the President to consult with the NDC and the military (the clause does not mention SCAF) in an advisory capacity.

The committee will also maintain the phrase that names the President Supreme Commander of the Armed Forces, Aly said.
He added that the committee’s drafting subcommittee has completed the constitutional articles about the judiciary, which he said emphasised the independence of judges, who shall have no higher authority over them except for the law.

The new constitution will also have articles that force both chambers of Parliament to expediently enact new legislation and modify existing laws so that they match the principles and details of the new constitution.

The Constituent Assembly at large will decide on the fate of article 2 of the constitution, which denotes the official state religion and the source of legislation, after the basic principles of state committee failed to reach consensus or agreement over the article, assembly member Salah Abd El-Maaboud said on Tuesday.

According to Abd El-Maaboud, the committee came up with three suggestions and the assembly will vote on one of them. One suggestion is to keep the article the way it is in the 1971 constitution, which states that Islam is the state religion and the principles of Islamic Shari’a are the main source of legislation.

Ultra-conservative Salafist members of the assembly reject that phrasing, however. They argue that the word “principles” removes the article’s meaning and are lobbying for its removal so that the clause would read, “Islamic Shari’a is the main source of legislation.”

Liberal and secular members of the assembly reject that proposal. As a compromise, the Salafists suggested keeping the article in its original format but adding a clause that Al-Azhar would be the institution that defines what the principles of Shari’aare, rather than the Supreme Constitutional Court, which is the normal body for interpreting constitutional clauses.

Al-Azhar’s Grand Imam Ahmed El-Taieb has rejected the clause, however. He insists the clause should stay the way it is. The assembly will vote on one of the three suggestions, although Salafist figures have announced that if article 2 were kept the way it is, they would call on their supporters to vote against the new constitution when it is time for the people to vote on it in a nationwide referendum.

The article allowing adherents of other faiths and religions to apply their own religious laws has been moved from the basic principles of state to the rights and freedoms section of the constitution, Abd El-Maaboud added.

The clause currently only allows Muslims, Christians and Jews to freely worship in public.

The assembly discussed the first draft of the rights and freedoms section Tuesday night before sending it back to the drafting committee for a final draft.

The new constitution is expected to be completed by late October before it is voted on in a nationwide referendum. New parliamentary elections will follow if it passes.