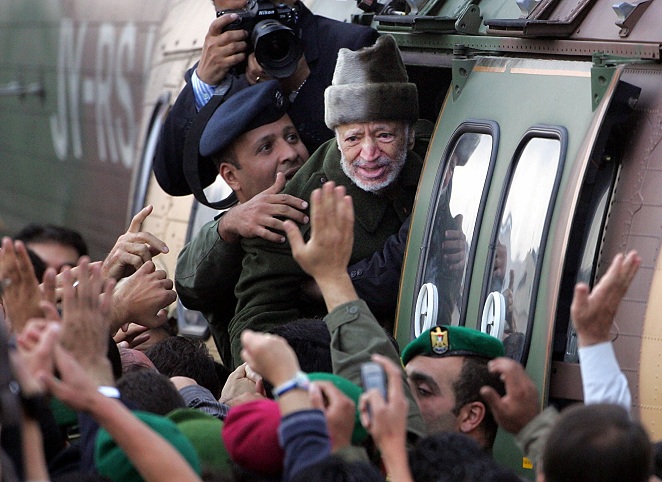 French prosecutors launched a murder probe into the death of Palestinian leader Yasser Arafat on Tuesday, following claims he may have died of radiation poisoning, AFP reported.

The probe is based on a request by Suha Arafat, the Palestinian leader’s widow who filed a murder case with a French court in the Paris suburb of Nanterre on 31 July, according to AFP.

A judge will be named to lead the investigation team into a possible premeditated murder case.

The request came after Al-Jazeera broadcast a documentary about Arafat’s death in July. The Qatar based satellite channel commissioned Lausanne University’s Institute of Radiation Physics (IRA) to analyse some of Arafat’s personal belongings.

The Swiss experts reported high levels of Polonium-210 on Arafat’s clothing, toothbrush and signature headscarf. This doesn’t confirm poisoning however, as Reuters quoted the IRA saying that symptoms described in Arafat’s medical reports were not consistent with radiation poisoning.

Polonium-210 is found in small amounts in food and the human body, but it is highly toxic in larger amounts. It was used to kill former Russian spy Alexander Litvinenko in London in 2006.

When Arafat was admitted to the Percy military hospital in Clamart outside Paris, he was suffering from vomiting, abdominal pain and reduced blood platelets, according to AFP. The Palestinian leader later lapsed into a coma and died before doctors could determine the exact cause of his illness, on 11 November 2004. His medical records said he died of a stroke resulting from a blood disorder, the BBC reported.

In a statement by her lawyers in Paris, Mrs Arafat welcomed the French decision and said there will be no further comments from her to allow the investigators do their job without interference.

The decision was also met favourably by the Palestinian authority, who officially asked French President François Hollande to help investigations.

The IRA said last week that it was granted permission by Mrs Arafat to travel to Ramallah and analyse the remains of the deceased leader. The Palestinian authority expressed readiness to order the exhumation of Arafat’s body, which is buried in a mausoleum in the presidential compound in Ramallah, BBC reported.

Shortly after Arafat’s death, Palestinian officials claimed Israeli involvement but Israel consistently denied the allegations. When the French probe was announced, Israeli foreign ministry spokesman Yigal Palmor told Reuters, “this does not pertain to us. The complaint lodged by Suha Arafat with the French police does not address Israel or anyone in particular.”

“I hope this enquiry throws light on every aspect of this affair,” he added.

Arafat was the chairman of the Palestinian Liberation Organization, leader and founder of the Fatah political party. He became the first President of the Palestinian authority in 1996 and spent most of his life fighting for Palestinian self-determination. He received the Nobel peace prize jointly with Shimon Peres and Yitzhak Rabin for their efforts to bring about peace in the Middle East through negotiations.

He was confined to his compound by Israel after a Palestinian uprising when his health deteriorated and he went to France where he died at the age of 75.