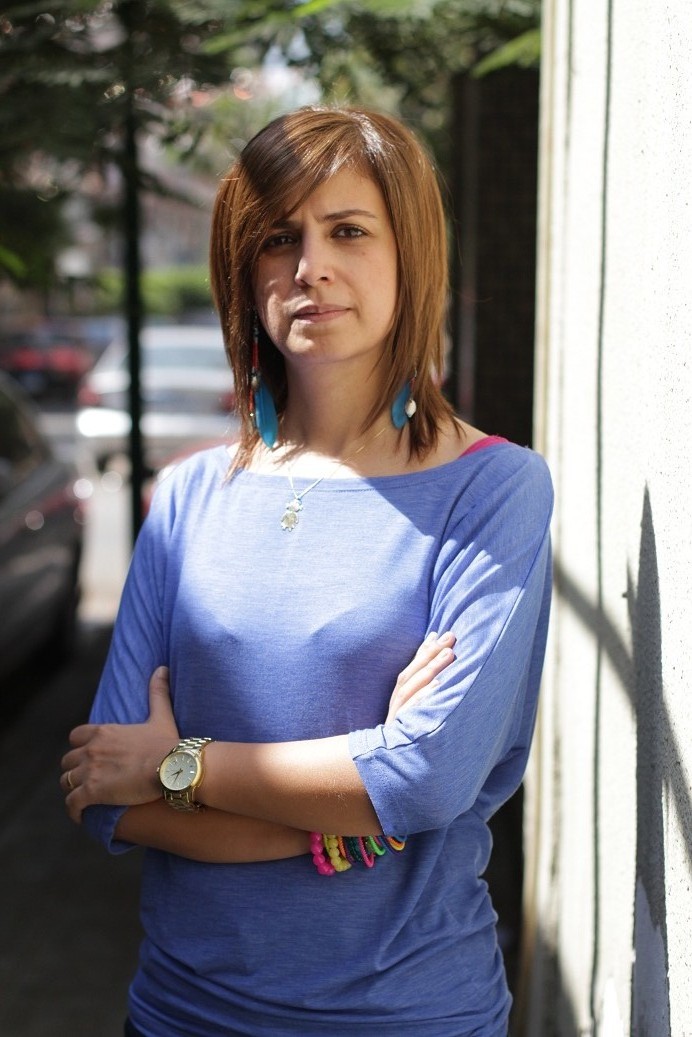 At a time when Egyptians believed they were still reaping the rewards of their glorious uprising, only a few swam against the current and dared to say the unspoken truth. Those few came together under the No Military Trials (NMT) banner to create a fast-growing human rights movement which quickly succeeded in imposing an unprecedented amount of pressure.

In a sunny cafe in Korba I met Salma Abdelgelil and Mohammad Fouda, two of the movement’s active members. Despite the group’s impressive achievements, the lack of an official headquarters is indicative of the group’s limited resources.

“When we started off in early 2011, right after the March 9 attacks on Tahrir Square protesters, our number was much bigger than it is right now,” Abdelgelil said, explaining the structure of this powerful movement. “There are no pre-set rules as to who could join us or how long they could stay.” It is this flexibility that allows the movement to do so much work with such a limited workforce that is also constrained by other responsibilities such as work and studies.

“We’re a very dynamic movement. It’s not the number which counts. It’s the level of dedication the members have to the cause” Abdelgelil added.

Despite having15 to 20 “core” members the group has no official headquarters, so they find alternative settings for meetings and press conferences.

“Most of our events are hosted by the Hesham Mubarak Law Centre, the Mossereen movement, and the Press Syndicate.” Abdelgelil clarified.

The movement doesn’t have a regular or reliable source of funding either. Financial support comes from members themselves or public donations.

“You could say we are allergic to monetary dealings,” Abdelgelil said wryly, citing accusations against NGOs of receiving illegal foreign funding. “We try to rely on citizen donations as infrequently as possible.”

Nevertheless, at times NMT is forced to ask for help, although donations in the form of materials or time are preferred.

Being barred from official detention records prevents NMT from collating accurate numbers of those who face trial or have been detained.

“The biggest problem we have faced since day one is with the military judiciary’s lack of transparency.” Abdelgelil said. “They have even been known to hide detainees in their cars and tell lawyers that they are elsewhere.”

Actions such as this forced NMT lawyers to make a rough estimate of those facing military trials. In September 2011, when the movement’s lawyers were making almost daily trips to military courts, they guesstimated that SCAF had around 12,000 detainees.
This astounding figure made headline news, as the number of those who faced military trials during the whole 30 year long Mubarak era was much smaller.

The guesstimate pushed the military judiciary to finally release its own statistics. For the first time since the January uprising, General Adel Al-Morsi, ex-head of the military judiciary authority, held a press conference on 5 September, 2011, where it was stated that 11,879 have faced military trials since January 2011. Al-Morsi, nevertheless, added that most of them are no longer in prison. There is no clear pattern for the arrests of military detainees.

“If you want a timeline of arrests,” Abdelgalil said, “check the timeline for protests throughout 2011. Almost with every single big protest, there were arrests. The numbers of those arrested was pretty random; however, you can say that the biggest group arrests occurred during the Mohamed Mahmoud protests in November 2011 and the Al-Abbasiya protests in May 2012.”

However when President Mohamed Morsy convened a committee to review cases of civilians tried by military courts, NMT points out that the committee neglected to even check the accuracy of the figures it had released.

“Our reservations on this committee are numerous,” Fouda said and listed them patiently. “To begin with, we do not even see the reason for the committee’s establishment. Moreover, the formation of the committee is quite unique.”

“If the Military Judiciary and the Ministry of Interior are blamed for the exercise of military detention and trials, how could a committee convened to resolve that issue include members representing the aforementioned?” Fouda asked.

The committee is also accused of a lack of transparency and clarity of criteria upon which the pardons for detainees are recommended.
Most importantly, what makes NMT most sceptical about the committee’s activities is the statistics they are citing.

“It isn’t possible that after a year since the Military Judiciary released their one and only statistical number of those who had faced military trials as well as those who are still in prison since January 2011, you find the committee convened by the president citing the very same number” Abdelgalil said in protest. “If you take into consideration the number of detainees who have been released, or the number of those who have been arrested since September 2011, then there is no way those numbers can still be valid.”

“It is not our job to do the statistics.” Abdelgelil said, referring to the military judiciary. “It is our job however to say that you are lying when your numbers don’t add up.”

Fouda and Abdelgelil stressed the difficulty in collating accurate figures in the number of military detainees in Egypt.

“Thus, even the Ministry of Interior is incapable of providing accurate statistics for those detained throughout Egypt,” Ma’moun said.

NMT receives a lot of coordination, both locally and internationally.

“On a local level, we receive a lot of physical assistance from Egyptian human rights organisations such as the Egyptian Initiative for Personal Rights (EIPR), the Al Nadeem Centre for the Rehabilitation of Violence Victims and the Hesham Mubark Law Centre.”
The movement also gets help from personnel working for international organisations.

“Heba Morayef, for instance, was the one who put virginity tests on Human Rights Watch’s agenda,” Abdelgelil recalled. “Human Rights Watch then pursued the issue until they met with members from the Supreme Council of Armed Forces (SCAF) and General Abdel Fattah El Sissy, the current Defense Minister, who actually admitted that the tests did occur.”

The issue of virginity tests was raised after Samira Ibrahim, a female protester who had been captured by the Military Police during the 9 March, 2011 sit-in, revealed having been subjected to virginity test during her detention at the Egyptian National Museum.

Amnesty International, the international human rights watchdog, also works with NMT and provides them with assistance.

“They are currently helping us with underage detainees who are subjected to military trials.”

After over a year of hard work, the biggest success NMT has so far achieved is having turned ordinary citizens completely against military trials, according to Abdelgelil.

“Our success is represented not in winning specific legal cases, but in the pressure we’ve established from the streets.” Fouda said. “The committee Morsy has established is one success; the number of trials transferred from civilian courts to military ones is another.”

Although a weak attempt to change the law was launched by the recently dissolved parliament, it only managed to prevent the President from referring civilians to military trials.

“What happened with military trials since the January uprising is a mess,” Abdelgelil surmised. “We will be active until the mess is cleared up and is prevented from happening again. However, from the current indicators, I can guarantee that we still have a long way to go.”