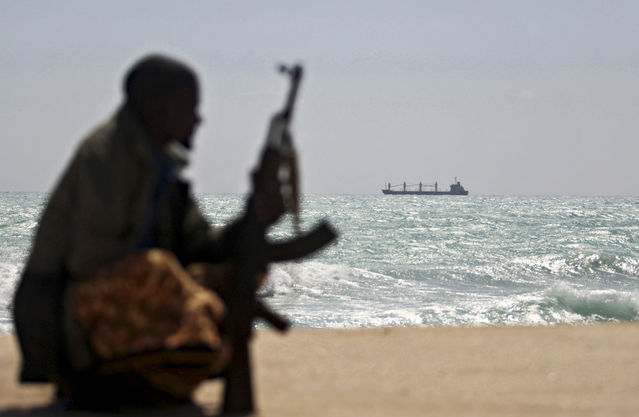 Pirates off the coast of Togo commandeered a Greek-owned oil tanker operated by a Russian crew on Tuesday. The International Maritime Bureau (IMB) confirmed that the pirates were engaged by Togo security forces before making their escape. The hijacking was the latest in a string of attacks on international shipping vessels in the Gulf of Guinea.

The vessel was seized at anchor just 17 kilometres off the coast of Togo’s capital city of Lome, spokesperson for the International Maritime Bureau, Cyrus Mody, told the Daily New Egypt.

The IMB doesn’t know who is reasonable for the hijacking, but due to the sophistication of the attack, believes it a well organised group is responsible. “The main reason for the hijackings is to steal cargo,” Mody said. This would require having another vessel alongside the hijacked vessel to transfer the cargo into and a market through which to sell the stolen oil. “Something on this scale would need a rather well connected group pull off,” Mody said.

Togo officials claimed the pirates piloted the vessel towards neighbouring Benin after the Togo navy responded to a late-night distress call from the crew, according to AFP.

Last year Benin and Nigeria began cooperating to deal with piracy in their waters, after 20 separate attacks occurred in Benin waters.
“The cooperation won’t stamp out the incidents overnight, but most likely it will push the incidents to neighbouring regions and further out to sea,” Mody said.

According to Mody, pirates in the area do not normally ransom crew. The typical modus operandi is to seize the ship for up to five days, strip it of valuables and goods, and leave.

An official for the company operating the vessel, Golden Energy Management, said on Tuesday that the tanker remained in the hands of the pirates and there had been no word from the crew of 24, AFP reported.

“They aren’t pirates who want ransom, but thieves who take control of vessels to take the cargo,” the official said. “Because of that, we hope that the vessel will be quickly released once the gas oil it is transporting is siphoned off.”

According to the IMB Piracy reporting Centre, there have been over 200 incidents of pirate attacks so far this year.