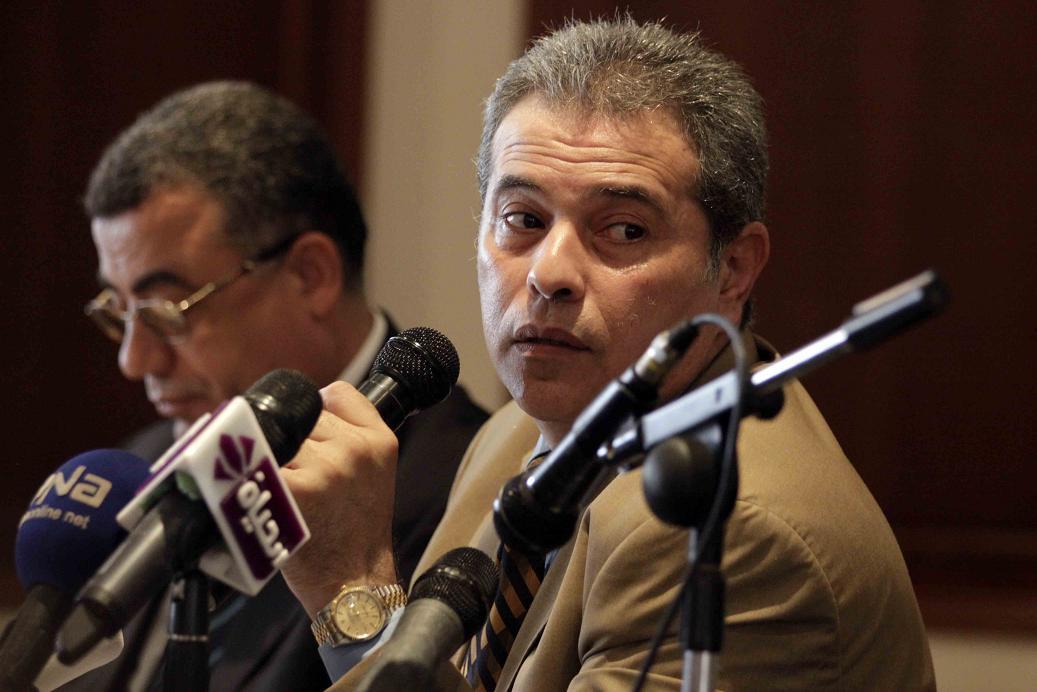 Controversial media figure Tawfik Okasha announced Wednesday the formation of a new political party and his intention to run for Egypt’s presidency, despite elections already having taken place.

In a press conference, the co-owner of Al-Fara’een TV, called for the financial support of ordinary Egyptians to assist in setting up his new Egyptian National Party. “ I am a poor man who cannot afford to establish a party, ” Okasha said. Citizen endorsements for his party are being collected by his lawyer, Khaled Soliman.

Speaking about his will to run for President, Okasha said his conflict with Morsy goes back before the latter won the presidency. He said of Okasha of Morsy, saying, “how can [he] be a moderate President with a beard?” He added, “I am the last one in the Arab world who can grow a beard.”

At the hour and a half point of his press conference, Okasha stressed he would only officially announce his nomination for presidency once his party is established.