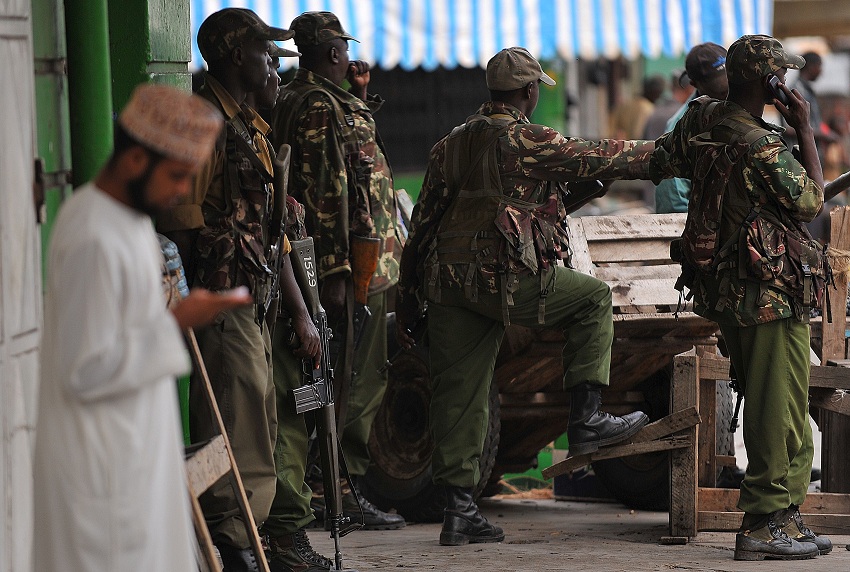 Two Kenyan police officers and a civilian were killed by a grenade and 16 more police officers wounded in the Kenyan port city of Mobasa on Tuesday, in an attack linked to the killing of a Muslim cleric.

A throng of youth had earlier attacked police with automatic weapons before throwing the grenade into a police truck, Reuters reported.

The violence was triggered by the killing of Sheikh Aboud Rogo Mohamed in a drive-by shooting on Monday. Rogo Mohamed was accused by the United States of aiding the Al-Shabab Islamist militant group with links to Al-Qaeda in Somalia. The UN and the US imposed sanctions on the cleric in July, accusing him of providing “financial, material, logistical or technical support to al-Shabab.”

Rioters also set fire to two churches and barricaded roads with burning tyres and cars. The church burnings have sparked fears of sectarian violence, but the police have dismissed any overtones of sectarianism, calling the mobs “pure criminals.” So far, despite the church burnings, violent confrontation has been largely directed at police and there have been no accounts of Christian casualties.

“Let’s act with restraint as law enforcement agencies get to the root of the matter,” he said, urging Muslims and Christians to keep the peace.

However, signs so far suggest the violence may continue.

“Now terrorists are infiltrating within to launch grenades at us,” Benedict Kigen, a senior police intelligence officer, told Reuters. “They are looting even chicken.”