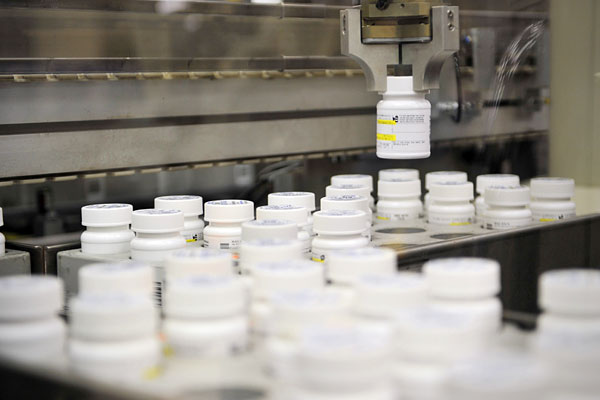 The administrative court expects the Pharmaceutical Industry’s Chamber (PIC) to file charges against a decision made by the former Minister of Heatlh Fouad El Nawawy. The decision in question is 499 for 2012, which pertains to changing pharmaceutics prices. The charges will be pressed on September 4, but pharmaceutical companies expect the conflict to be resolved in their favor.

Hesham Tharwat, Member of PIC, expects the court to revoke the decision during the next hearing. Experts agree that the pharmaceutical prices decision is illegal and has the potential of ruining the Egyptian pharmaceutical industry.

No one has the right to decrease a drug’s price after it has been priced for years, said Tharawt. Drugs were priced in a way to achieve balance and welfare between producers, distributors and pharmacists.

Tharwat Hagar, President of Al-Borg Pharmaceuticals Company, warned against the Egyptian Pharmacists Syndicate’s (EPS) resolution to proceed with the former president’s decision. Implementing the decision will entangle the pharmaceutical system in countless predicaments. Taxes charged on profit rates of different parties, are an example of problems the decision would yield.

He was surprised by the insistence of EPS to implement the decisions, even when they are aware of companies’ losses or low-profitability. Furthermore, EPS requested price increases a while ago, however the request was not considered.

The pricing decision obliges companies that desire to register their pharmaceutical products at the Ministry of Health to submit a report including the product’s prices across countries where it is traded. In addition, the report must include selling prices in other countries. After the decision, the Central Administration for Pharmaceutical Affairs (CAPA) compared the proposed prices against those in 36 other countries.

The product’s price in Egypt is priced in in line with the least price, not to mention changing the prices once more when the currency rate increases or decreases by 15% within the year.