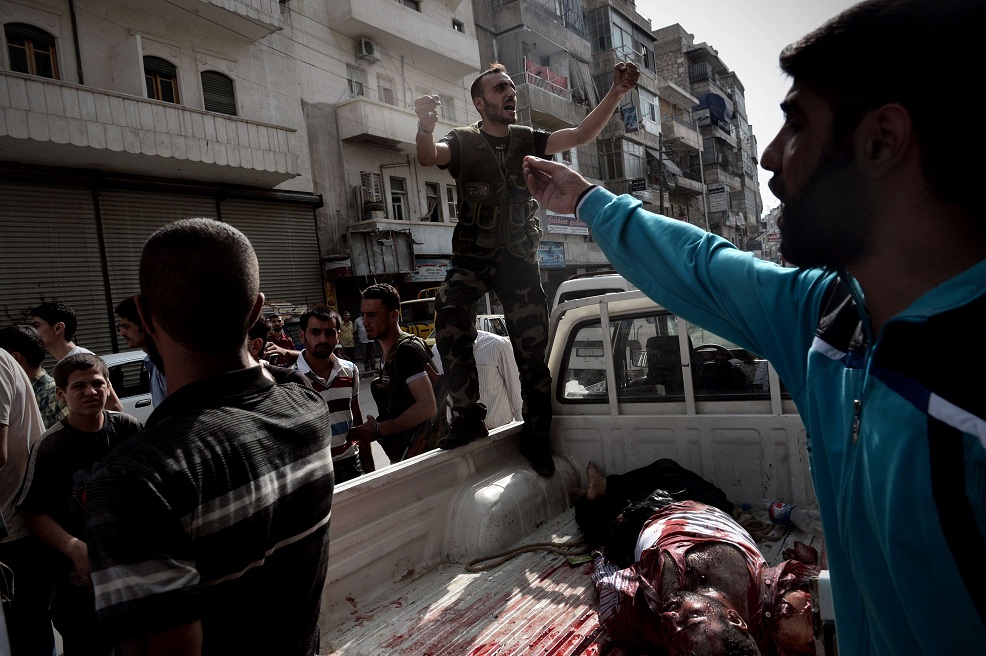 Activists in Syria on Friday reported several major offensives in and around Aleppo, coordinated by a group of army defectors known as the Brigade of Free Syrians. The brigade is said to have targeted security facilities within the city, as well as air bases in the area in an attempt to combat the government’s aerial dominance.

Activists reported that rebels shot down an attack helicopter in the town of Sarmeen in the Idlib province on Friday, the second such incident in a week. The reports were not independently verified however.

Following the failure of his six point plan for ending the Syrian crisis, former Unite Nations secretary general Kofi Annan passed the UN Special Envoy to Syria mantle to former Algerian Foreign Minister Lakhdar Brahimi. Brahimi will be based in New York, where he may be in a better position to exert influence on the UN Security Council.

The flow of refugees from Syria continues unabated. Most recently 2,200 Syrians fled to Lebanon’s eastern Bekaa Valley, while Turkey has commissioned the opening of an additional two refugee camps within its borders as the number of refugees in the country surpass 80,000, according to the UN High Commissioner for Refugee’s office (UNHCR).

Turkey has been one of the major players pushing for action in Syria, in particular by pushing the UN to establish ‘safe zones’ for refugees within Syria. A UN security council meeting on the issue last week fell flat when permanent members China, Russia and the United States failed to attend.

The difficulty of establishing safe zones hinges upon the question of who would enforce them. With elections in the US looming, the American government is hesitant to take a firm position on the issue. Moreover China and Russia, permanent security council members with the power to veto resolutions, remain opposed to foreign intervention.