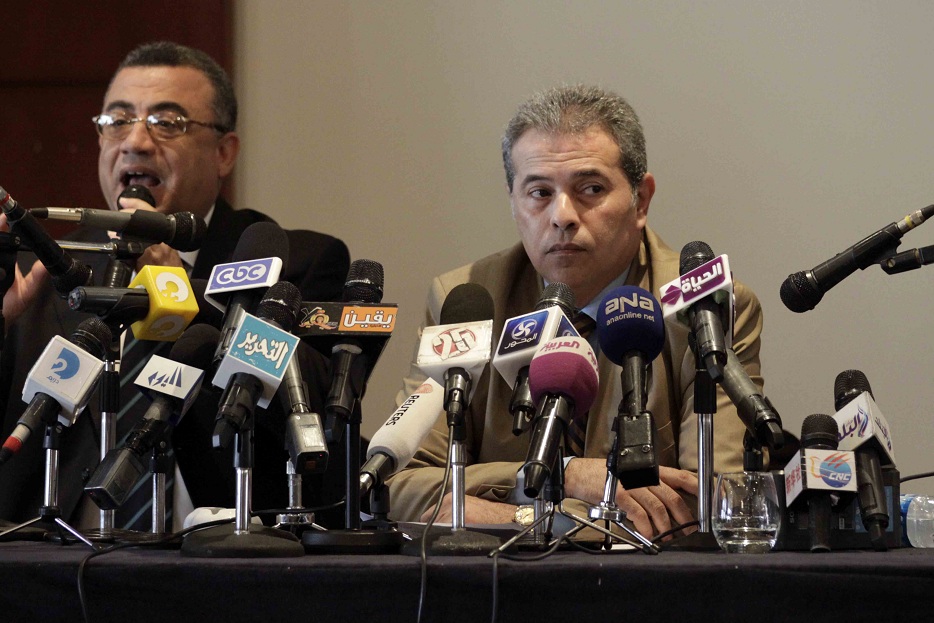 After an initial hearing Saturday, the South Cairo Criminal Court has adjourned the trial of Tawfik Okasha, according to state-owned news agency MENA. Okasha is being tried for calling for the assassination of President Mohamed Morsy, for offending the president and for making statements that personally shame him.

The trial was postponed until 3 October to give defence lawyers more time to prepare, according to MENA. Okasha’s defence lawyers have requested President Morsy attend the trial in order to discuss charges against Okasha.

At the hearing Saturday an altercation broke out when Okasha supporters tried to prevent journalists from taking pictures of him as he entered the defendant’s booth.
Okasha denies accusations against him and his defence team said the case was only brought to settle rivalry between Morsy and Okasha. His defence also maintained that the case is void since it was not filed by the president himself but by someone else on his behalf.

An outspoken critic of the Muslim Brotherhood and the 2011 revolution, Okasha has also previously attacked other public figures including Dr Mohamed ElBaradei, former Director General of the International Atomic Energy Agency.

The current case against him stemmed from comments Okasha made on television last month stating that that Morsy is not the legitimate president of the country and killing him would be justified.

Following his comments, Okasha’s television channel Al Fara’een was shut down for six weeks. The head of the Media Production City, Hassan Hamed, said while Al Fara’een’s closure was temporary, it could be permanently axed if it continues on the same path, according to state-run Al-Ahram.

Okasha was released after the hearing Saturday due to the president’s recent declaration that journalists should not be imprisoned before being convicted, Al-Ahram said.